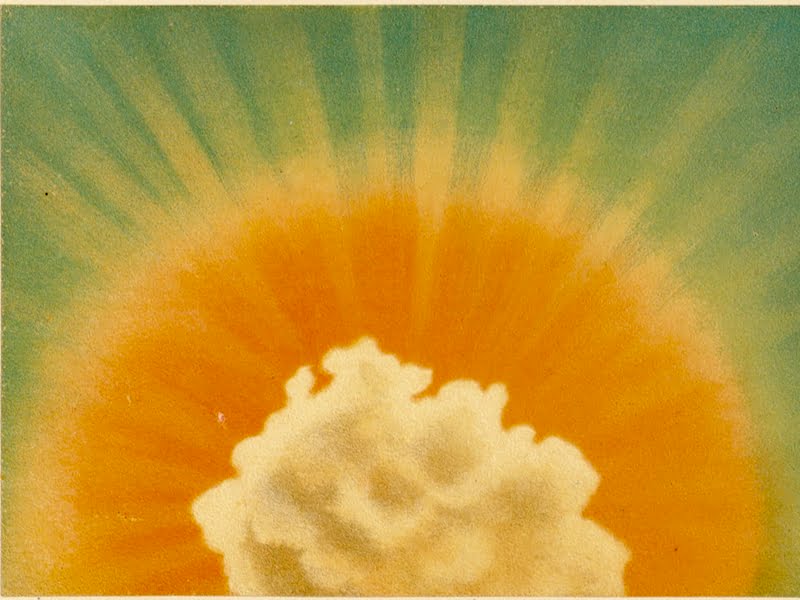 In my first week of social work in the emergency room, I’ve picked up my patients’ pain, and it burrows into my skin all the way home. Once I close the door, I kick my red clogs off, pull my pants down, throw off my shirt, unclip my bra, and fling my clothes in the corner next to my bed. No matter how naked I stand, the ache still finds hooks to hang onto, crevices to burrow into. I am hungry to climb into the bathtub and see if I can scrub their sorrows off of me.

“Who wants to see an abscess?” the doctor asks earlier.

It is a perfect half-dome. Violet and red and in some places, yellow-green. Then the opening, like the hungry mouth of a volcano. It is almost like any other wound I’ve ever seen, and it is fine. It is the sight of her vulva that strikes me down into the uncaring ground: some smooth skin, but mainly, little patches she has missed shaving. Shoddily done, like a last minute remembrance.

These little patches pain me. I once shaved in college, back when I believed that was what all men liked, and all those times I’d shaved, I never missed spots. I took my time; I was careful with the most sensitive part of my body. To see Jane’s patches jerks me violently to the reality that she feels she has to sell her body for drugs, and I imagine her trying to groom herself but keeling over, dropping the razor, too high to be careful with herself. Too high to be gentle with herself.

Tonight I practice Reiki on myself before I fall asleep. The bath has helped a little, but I am waging a war against a hurt that fights to kill, a hurt that isn’t mine that I nonetheless carry like three lifetimes of responsibility. I lie on my back and place my hands over my third-eye, and teardrops roll down the side of my face like a battalion of foot soldiers, dripping salt into the nooks of my ears.

With my eyes closed, I see Jane’s eyes. In the hospital bed, after we ask her why she no longer wants the doctor to drain her abscess, she squeezes her eyes shut as if to bully the tears back to where they came from. She bristles at the question, and between her clamming her eyes shut and opening them wide to blink away the tears, her crow’s feet converge into a million tiny folds. He was too rough. I don’t like being treated like that. As the shame of her life comes swelling to the surface, her face morphs from a lifeless gray to a bright red. Her pain seems boundless, an invisible sadness emanating from her hollowed center. There are two pink stains on the white blanket she swaddles herself in, artifacts of the abscess fluid the doctor managed to drain before she told him to stop. Before he was too rough.

I imagine that when she sells her body for drugs, when the men are rough with her, she doesn’t ask them to stop. But now, she does. She can’t tolerate even a sliver of rough.

“How much fentanyl do you use?” my supervisor asks Jane. All the other patients in the emergency room tell us the truth—they have nothing to lose. Three bags a day, a bundle (ten to fourteen bags) every two days. But Jane doesn’t want to tell us. When she is asked, she says only, Too much. We barely hear her—she whispers it muffled from under the face mask from under the blanket, like a secret she needs to keep hidden. Yet, she cannot hide. She is horribly visible in front of me, her shame blaring from inside. The diamond piercing on her left cheekbone glistens under the antiseptic hospital light. Too much.

My supervisor asks if Jane uses another drug, to which she answers, No, not my thing. It was never my thing. As if fentanyl is her thing. Fentanyl—not even like heroin, whose name sounds almost noble. Almost brave. Fentanyl—some modern, lab-created, Frankenstein abomination, the “y” at the end of the word slashing into the bottom of the line, interrupting the grace it could have had. It is ugly, and it is stupid. It is the only warm blanket that has ever protected Jane. The one stained with two pink drops of fluid doesn’t do the job nearly as well.

“I’m sorry you feel that way,” my supervisor says. I watch, like an apparition in the night—invisible, helpless. I don’t know enough yet to do anything but watch. If nobody else were in the room, I would rest my hand on Jane’s thin shoulder and remind her, “Nobody deserves to be treated rough. You don’t deserve to be treated rough. You deserve kindness.” But I just watch.

Aside from the “Hi” I say when my supervisor introduces me at the beginning, I don’t know what to say, especially when we leave the room. Hang in there? Take it easy? Feel better? These things all seem spectacularly out of Jane’s control. So I say nothing. I don’t even pull the curtain closed for her when I walk out, despite that being her wish the last two times we saw her. Because what if she doesn’t want it pulled shut now? I want to respect her wishes, not acquiesce to the mistake of assuming anything. I want to be gentle with her. I want this life to be gentle with her.

So the doctor prescribes her antibiotics. What good will that do when the abscess needs to be drained first? Even if the doctor drains her abscess, what could save her body when a torrent of fentanyl and shame are ripping through it? Jane tells us she’ll come back—when he’s not here. She wants another doctor. Someone who isn’t rough with her.

At the end of my third day, my third eye trembles. I am not yet accustomed to being so close to the dying, to the dead. To the living who are lunging after death, inches away from catching up to that sweet forever sleep.

I cry myself to sleep, unable to fight my tears back the way Jane did. I dream of gentleness.