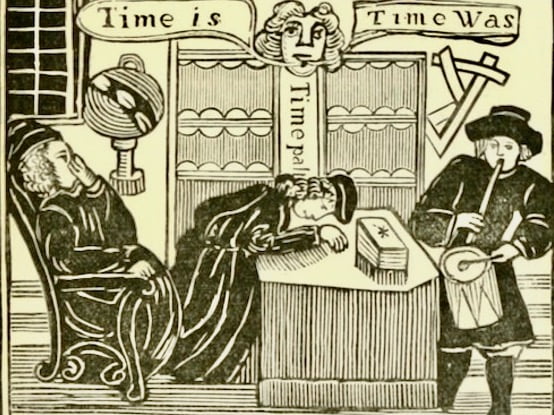 My first son became a son underwater. The summer after we lost him, I spent a lot of time swimming. Clouds would gather and part above me. Under the water, the blue tiled line pointed to my destination: criss-crossed arms against the back wall. I had to hold my breath and trust that the water would hold me.

For months I insisted he was only a fetus. A collection of cells we never got to meet. Biology was accidental. Unlike our three-year-old daughter, our son never stopped being an idea. To acknowledge him as he was—five months, just beginning to kick—was too painful to bear. Underwater, I had to examine him. This is how he existed in the womb, floating, submerged. He never knew anything else. The week before our ultrasound, my daughter and I posed for a photo, one hand on my belly, the other outstretched.

When I was 20 years old, I had my first and only pregnancy scare. I’d only had one boyfriend. We went together to the doctor before we even had sex. That’s how cautious I was, because I knew how fickle my body could be, the curveballs it could throw. Then I moved to Spain to study abroad, adjusted to siestas and hours without eating, hiking through the Alpujarras. I didn’t get my period for 90 days. I grew skinnier and more anxious—classic chicken-or-egg scenario—and after the second month I bought a pregnancy test, my first. I’ll never forget finding that anonymous bathroom on the second floor of an office building in downtown Granada, my heart at my throat while I waited three minutes for that single blue line. Negative. A doctor later told me that the change in diet had been enough to shake my body up.

I’ve thought about that day often since losing my son. Had I been pregnant—embarazada—and had I had that child, he would be 16.

Instead, my boyfriend and I broke up. I finished college, spent a year teaching abroad and returned home where on a summer day in San Francisco the man who would become my husband found me in a bookstore. We were together five years before we married and another two before our daughter was born—a glorious milestone, a validation that my body still worked. Late that spring night in 2016, our healthy girl was born. To greet her and hear her awakened something in me that I didn’t think existed: a belief in the cells that made us both up. We had survived victorious. We had called her Scrappy in utero, hoping to imbue her with a resilience that we knew was required to survive.

It took us weeks to find an in-utero name for our son. We settled on Scout because it seemed like a gender-neutral modifier for a pioneer, someone unafraid to take the lead. Someone ready to go first.

We didn’t learn his sex until the week of our 20-week ultrasound, that same horrible day we learned that we were losing him. Ultrasound technicians can’t say anything while they plumb your depths. I recognized the tech, who with my first child had turned me upside down to get her to kick. I remember joking that our daughter’s gender was “hockey player,” because once we found her, she wouldn’t stop moving. We could see her fists pump through the screen.

Scout was different. At one point my doctor, a kind woman with Ruth Bader Ginsberg socks, walked in the room and put her hand on my leg. She hadn’t done that before. Not during our first ultrasound, when Scout was nothing more than a floating oblong circle. My stomach dropped. “Just tell me he’s okay,” I whispered. No one said anything. What hadn’t I seen because I wasn’t looking?

He wasn’t okay. He wouldn’t be okay. The finality of it startled me as I took gasping breaths in that darkened room. Did he exist? Had he ever? Perhaps he was just one length of a swimming pool, fluid, without start or end. For five months the cells gathered, my body grew. The doctor spoke to us about what would happen next. The pregnancy would end, these cells would take on some other form, one I could never feel or touch. How often do we see the forking paths our lives can take?

When we lost him, nothing could make it better. Not my parents, who came to babysit our daughter, not my husband, who never left my side, stoic until the day after we lost Scout, when he finally felt permission to let his grief lead the way. I had never loved him more and yet hated the pain that had brought us closer. We had created space in our house, in our hearts and in our bodies for Scout, and now we didn’t know what to do with it. I felt hollow.

Four days after Scout was gone, my milk came in. A cruel trick, my breasts were hard and tender, rocks of love that suffocated my chest. The only way to stop production is to not express milk. That paradox mirrored the rush of feelings that hit us in waves those early days—aimless, lost love, misplaced motherhood, a body that felt useless, an afterthought. That love doesn’t disappear. It searches for a place to go.

We watched movies. We got our nails done. My husband had never gotten a pedicure, and he convinced the manicurist to paint his toes a deep grey flecked with glitter. It looked like the night sky. Every time I saw his toes I remembered the unique pain he carried, the mark of a person who has supported everyone else before tending to himself.

It didn’t take long for us to learn that when you lose a child, your pain is so easily transferred or misunderstood. When a well-meaning coworker told me that “God has a bigger plan,” suggesting that some unseen figure in the sky had sacrificed our boy for an unknown future, I snapped back, “It’s fine if you believe that, but I don’t.” I saw the shock and hurt in her eyes and thought, good. I wanted her to feel the hurt that crawled through me every morning when I passed the pregnant moms at my daughter’s daycare. I wanted her to spread the word that I didn’t need cheering up. I needed my child.

Sometimes the ratio of emotion to logic was inexplicable. Sometimes I’d wake up on a bright day and my daughter would be dancing to Lizzo. Sometimes, when giving her a bath, I’d swear there was another person there, waiting for me to shampoo his hair. There was no revelation to come from this, no lesson. There are cells, and there are feelings, and there is trauma that my body is still unearthing, two years later.

About six months after we lost him, I had my first Scout dream. I had given birth. He was so joyful, full of grace and exuberance. There is no algorithm that makes any of this right. There isn’t right or wrong. There are laps in a pool, some harder than others. The resistance is strong, the current unwavering. All we have are our bodies, our selves, the sense we make of each wave.

I eventually got pregnant again. We held our breaths as the weeks and months passed. I was flying back from a conference in Florida when I received a voicemail from our doctor, a smile evident in her voice, saying “The tests are fine, Julia. You have a healthy baby.” I held the phone to my face and sobbed in my cramped window seat, loud enough for the woman sitting next to me to say, “Are you okay?”

I was, and he is, our second son. He came three weeks early, arriving on the heels of George Floyd’s unjust death, amidst the uncertainty of a global health pandemic and the daily terrors of the Trump presidency. And yet, and yet, and yet: his full-throated cry came at a slight delay late that night, terrifying me with its hesitancy, not fully believing he was all right until the nurse had scrubbed the vernix off his face and my boy reached for us, my husband and me.

Only then did he feel real. His face, his eyes, the grip of his fingers on ours, those are real. I worried for months that my love for Scout would be eclipsed by this, our third child, but instead I wake every day with the knowledge that I have a daughter and two sons. Pregnancy rearranges more than organs. It forces your body into shapes you didn’t think possible. The same is true for love.

This child does not replace that child. One is not better than the other. One I can see and touch and feel and feed. The other stays with me still, buried between the ventricles in my heart. They are both my family. The relationships we have with our children, our spouses, our families, our friends—they drive us, they give life meaning. No one ever talks about the relationships we have with our bodies, the decisions that our cells sometimes make without us.

My mom told me to try crying while swimming. I don’t know how. But I get to the pool before the sun rises, put on my goggles and kick off the wall. I put one arm in front of the other. I practice the backstroke so I can look up at the moon. We stare at each other, the moon and I, while I keep kicking.