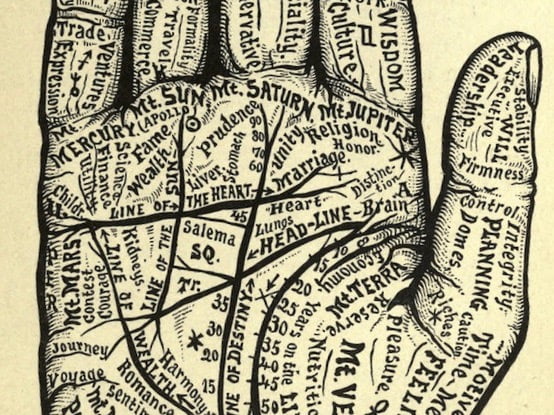 “I’d trade my masculinity for a Popsicle,” my housemate Rob said, elbows akimbo behind his head, topped with a black beanie. I was curled beside him on the futon and surrounded by Flomp, Michlich, and the four other guys who lived with us. Lee was perched cross-legged in the papasan. Nathan flanked him in a purple recliner.

After my only sibling died of cancer at twenty, I circled back to Boulder, where I had been in graduate school when he was diagnosed two years before. Friends of friends had an empty room, and soon my climbing mat was unrolled on their floor. They were all about my brother’s age, six years younger than me. The dynamic felt natural, since I had spent the previous year in my Virginia hometown with my brother and his friends while he underwent medical treatment, my own friends gone or more settled.

At times it even seemed I could make up for lost time with him through them, since the guys and I spent a lot of time the way my brother, his friends, and I had—gathered around a stereo in the living room—although the music differed in Colorado, with Yonder Mountain String Band and Spearhead cycling through the selections instead of Jay-Z and Johnny Cash.

I laughed so hard at Rob’s dismissal of his masculinity that I ached to call my brother and repeat the one-liner.  He would have loved that Rob had no takers, since the only American ideal these guys romanticized was that of the lawless frontier, which Coloradans had long since traded in on the cowboy. Instead, they glorified the increasingly gender-neutral figures of ski bums, backcountry guides, and wilderness survivalists. Every week as many unwashed girls as boys emerged from tents in the mountains to use our shower and stock up on staple goods. Still, Rob’s offer was so close to a trade Jeremy would suggest while he was in the hospital, to request a Mountain Dew Slurpee or chocolate milk, I wondered if Jeremy had put those words in his mouth. Before my brother died, he had promised to interact with us on earth.

Every prospect was so sad I had to hold my sorrow away from myself like a caught fish, without thinking about the hook ripping through its innards. Click To Tweet

“I’m not sure how it works,” Jeremy had said one night when we were talking after our parents had gone to bed. By that point, his cancer had metastasized, and several additional surgeries had not eliminated it. “But, if I can come back as a ghost or whatever, I’m going to have fun with it, like walk through walls and mess with people, so be ready.”

“We should plan something specific, so I’ll know it’s you,” I suggested.

“Like turn your tv upside down?” he asked. I nodded.  “What if I can’t lift heavy things?”

He wanted to do me a favor, like find lost car keys or a missing wallet, but we couldn’t settle on a place to put them obvious yet unexpected, since I didn’t know where I would live in a year, and he didn’t want to scare Mom. Every prospect was so sad I had to hold my sorrow away from myself like a caught fish, without thinking about the hook ripping through its innards.

Being nearly seven years older positioned me in most of our talks as the advising sibling. I had helped teach him how to read, swim, and fold a grass stem to shoot its seed head like a pop gun. There were skills he surpassed me at, like gleeking and gaming, but when it came to the ways of the world, he looked to me as the forerunner—until he got cancer. In the years after he slipped on a treadmill and came home from the doctor’s office with a bone tumor, he became the knowing one. What did I know of the experience that the most aggressive chemotherapy available couldn’t cure me? I could only steel myself to listen as he processed dire medical news.

“I’ll figure out a way to let you know it’s me,” he decided, laying a hand on my arm as he put the question to rest.

It comforted me to think physics would seem to allow the energy that comprised my brother still to exist. Click To Tweet

A rainbow lit the mountain in front of our house on the morning Jeremy died. Although my heart was too heavy to lift as we walked to meet the ambulance that would carry his body away, deep down I knew a line of communication had opened. Once, while exploring the nearby woods, Jeremy had pointed out his favorite color overhead, a deep cerulean blue between azure and cobalt. I studied it with the forget-me-nots blooming on the creek bank, swallowtails outspreading on the fence posts, cardinals swooping between the green canopies of trees. I liked all of the shades, I told him, and couldn’t choose.

In the years following his death, I developed a theory of the afterlife based loosely on Newton’s first law of thermodynamics, which says that nothing can be created or destroyed but only changes form. It comforted me to think physics would seem to allow the energy that comprised my brother still to exist. I think of that energy sometimes as awareness and sometimes as will, which is to say at times I conflate my lost brother with God. I can be certain, at least, my brother is sympathetic.

Before I comforted myself with that theory, though, I had only his absence, which I mourned with jokes he would never crack, weddings he would not attend, nieces or nephews I would not have. When I met Rob, who never got to know Jeremy but who was so lighthearted he might have picked him out for me, to encourage me to laugh again, I imagined he was the nice thing, the misplaced keys or wallet, the joy Jeremy wanted to return to me.

So I went with Rob when he decided to conduct an experiment to see if the sun ever set yellow, rather than scattered into the electric pink and cyan sunsets we saw below the Flatirons. I stepped onto the running board of his pickup, which was outfitted with backcountry tires so enormous he had to reach across the cab to pull me inside.

At the top of Mount Sanitas, we sat side by side on a rocky overlook and watched the light beat lemon, while shadows lengthened in the distant fields. Denver’s skyline smudged bronze on the horizon, and the sky deepened to my brother’s choice cerulean.

“I don’t really have deep thoughts, but I have a lot of thoughts,” Rob said.

The sun dipped lower in the sky but stayed yolky. Rob wished he had brought one of the eggs he had boiled, which had been sitting on the stove for several days in the pot he used. I told him he shouldn’t eat those because they hadn’t been refrigerated, but he said, “You don’t have to refrigerate eggs, because they’re basically hermetically sealed.”

“Rob, that’s how you get salmonella!” I cried.

“Wow, I guess chicken shells aren’t as strong as I thought,” he said. I had to laugh. His naivety softened those layers of grief that had hardened while Jeremy was in the hospital. If I had witnessed babies’ tiny chests labor under catheters for chemo, the same world—as inexplicably—had safeguarded this innocent.

When the sun was only a sliver of shimmering eyelid and still golden, Rob thought we had it first try, but minutes later the whole spectrum popped like canned biscuit dough and spilled lavender, rose, salmon, copper, across the Front Range.

“Want to try again tomorrow?” he asked, one hand extended to help me up. I did.

For weeks, every day when I got home from work, Rob went to his room, grabbed his keys, and nodded toward me, grinning at the prospect that this sundown would be the solid gold one. Daily he remained undaunted, sure that we would be there to witness that singular occurrence. And daily I followed him, with a different hope altogether. Every afternoon for weeks we barreled over curbs and out of the city, up the mountain, as if into the clouds, to look at the sun. Every day it changed form. With each burst of yellow into viridian, indigo, violet, blush, Rob stood and extended a hand. The phenomenon was just beginning. The ultramarine outline of impending twilight had yet to snake through the valley, but we had today’s answer, so we headed down.