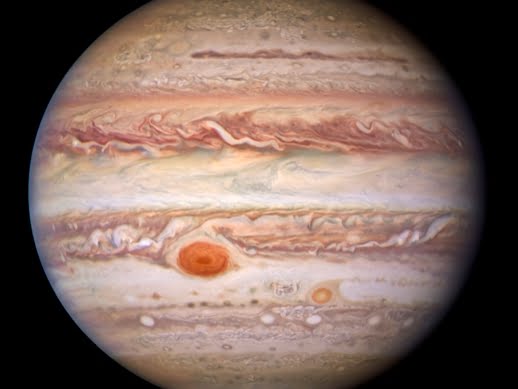 A hapless jack-of-all-trades. That’s an apt description for many a writer, aspiring or otherwise. Grave-digger, cold-caller, magician’s apprentice… I’ve performed all of these jobs—briefly and badly.

I’ve gratefully forgotten a lot of my early gigs. But I could never forget Aldermaston, the first person to employ me in a remotely literary capacity.

I don’t know if Aldermaston was the man’s given name or surname (I was never bored enough to ask) but I do know that fate drew the two of us together one spring morning, a pair of decades ago.

Like most young writers, my a.m. routine consisted of opening the newspaper—they still had newspapers in those days—and thumbing through the classifieds in search of a more practical occupation.

That particular morning, an all-caps advert instantly caught my eye.

Must have excellent spelling and grammar. And be good at writing sex jokes.

Enthusiasm cooling, I nonetheless went on to the end.

I sighed and set the paper down. Miller being the obvious exception, sex jokes are hardly an auspicious beginning to a literary career.

I sighed and picked the paper back up. My rent was almost a month overdue.

As I typed out a series of lewd fruit puns—one of them involving blueberries, I’m almost certain—I heard footsteps coming down the hall.

I held my breath.

It wasn’t the landlord, fortunately.

The footsteps faded—and I went back to work.

“Stop it!” said the voice on the line. A woman’s voice.

I thought I heard laughter in the background.

“Who’s Aldermaston?” I asked, after thinking a minute.

I couldn’t make out the answer. Not through all that laughter.

I did make out an address, which I hastily scribbled down.

“Stop it!” said the voice again.

“I could use a drink,” said a man lying on the sidewalk. I tossed him a quarter, stepped over his torso, opened the door…

An unreasonably beautiful woman was sitting behind the counter.

She smiled when I told her “I’m here to see Aldermaston.” Then pointed to a sofa.

I admired the office paintings while I waited. There were tasteful nudes—and tasteless ones, too. As I leaned forward to get a better look at one of the latter, a pair of double doors flew open and a grinning bald man bellowed:

I looked behind me.

Writers aren’t, as a general rule, expected.  But the man meant me. He back-slapped me into his office—the only word on the door was ALDERMASTON, in gold letters—and into an armchair.

“Ever hear the one about the man with three avocados?” Aldermaston asked me, cutting the end off a cigar.

I hadn’t. So he told me. It wasn’t terribly funny, I didn’t think. I laughed and laughed.

Then he told me the one about the piccolo and the humpback whale.

Aldermaston blew smoke rings until I recovered. Then he said:

“We haven’t had material like that in years. Not until you came around. Compared to these clowns” (he gestured to a crazed heap of papers), “you’re Shakespeare.”

I grinned. A writer takes a compliment where he can.

As coolly as I could, I agreed. Fifty bucks was more than I’d made in my entire writing career to date.

After we shook hands, Aldermaston threw his head back and laughed.

I laughed, too. For some reason.

Then he back-slapped me back out the door.

Of course the Muse is unaffiliated with any financial institution. The impetus of money, in my experience, does nothing for the creative faculties. But it does get one’s fingers moving.

I was reading a lot of Balzac in those days. Taking my cue from the famous Frenchman, I drew the curtains, downed vats of black coffee, and wrote, over the next seven days, more than I ever have before or after—a Victorian novel’s worth of blue haikus and lustful limericks. I posted the best pages to Aldermaston then took an earned rest, zealously awaiting my paycheck.

It didn’t arrive at all, actually.

Neither did the second one.

After three unprofitable weeks, I decided to deliver my next gag-batch in person, and make some mild inquiries—if only for the sake of my landlord’s emotional health.

This time, the man on the sidewalk was fast asleep. I opened the door to Winky’s as softly as possible…

As before, Aldermaston was thrilled to see me. He plucked the cigar from his lips and with his free hand snatched my manuscript.

He thumbed through the pages, laughing uproariously.

“I particularly like the one” (he flipped a page) “about the ostrich harem.”

I was particularly fond of that one, too.

Though it wasn’t the only elephant on the premises—on the shelf next to me, by way of a bookend, was a pair of amorous pachyderms—the remuneration question loomed large. So while my employer gnawed on his cigar, I cleared my throat and said:

“No worries,” said Aldermaston, waving the words away. “I’ll tally things up, pay you at the end of month. Throw in a little bonus for you, too. How’s a thousand sound?”

I thought it sounded great. My landlord would be thrilled.

I was still smiling when I walked out the door.

“Spare change?” asked the man on the sidewalk, suddenly waking.

I was feeling generous, so I tossed him a quarter. My last one.

The end of the month arrived promptly. The paycheck didn’t.

Forget whiskey: a writer’s best friend is the instinctive inkling that he’s being ripped off. That misgiving, interjecting itself between every bawdy bon mot and double entendre, was beginning to murder my productivity.  I couldn’t write another dirty word until I cleared up money matters with Aldermaston. So I called the office.

“He’s not here,” said his secretary.

I was sure I heard whispering in the background.

“Next Friday?” she guessed.

“Then tell him to expect me,” I said, as portentously as possible. “On Friday.”

For some reason, the secretary laughed. She had a good, long laugh, actually. Then she said, “Okay.”

Over the next week, to preserve my sanity—I wasn’t making any money, anyways—I decided to write a short story.

The story was about a doomed author. The idea just came to me.

I stuffed the finished story into an envelope addressed to A Very Large Magazine (one might as well be delusionally ambitious) and walked it to the post office.

On the stroll home, I dreamed up a dozen-or-so ways to murder my so-called employer. Some of them were quite inventive.

I wasn’t serious, of course.

I was only half-serious.

Friday rolled around. To my surprise, I wasn’t dreading the confrontation with my employer. I was actually looking forward to it. I’d rehearsed the whole scene, which was to start off with paper-scattering, progress to shattering bric-a-bracs, and end with me emerging from Aldermaston’s office, sweating gloriously, check in hand.

I stormed down Queen Street that afternoon with more vigor than I’d felt in ages. I leaped over the man on the sidewalk—he seemed to be meditating—and was about to burst open the door when something caught my eye.

So was the plush pig. In the latter’s place was a demure placard with FOR LEASE printed on it.

I still tried the door, for some reason.

I wasn’t sure what else to do, so I squinted through the window.

Except for a broom handle and what looked like a ruined blond wig, the place was bare.

“You could really use a drink,” said the man on the sidewalk, tossing me a quarter.

I woke the next morning with a broken head (so it felt), in serious need of cheering. So I checked the mailbox. The daily mail is, alas, the highlight of a writer’s waking life.

The only thing in the box was a slim envelope bearing the return address of a Very Large Magazine.

Instead of the expected rejection slip, however, the envelope contained a check—a generous one. Magazines still sent generous checks in those days.

I couldn’t believe my good fortune. Neither could my landlord.

Things kept improving for me, after that. I can’t say the same for Aldermaston. Though I never saw my old employer in the flesh again, I did see him briefly on television. On the evening news…

An unreasonably large man was escorting him from the courthouse doors into the back of a cop car.

I never did hear what he’d been sentenced with. I’ve never been bored enough to look into it. A writer knows too much already.

Twenty-odd years on, I’ll still think of Aldermaston from time to time. Whenever I do, I grimace inwardly. I struggle, somewhat, for breath. Then I laugh and laugh.

I have no idea why.