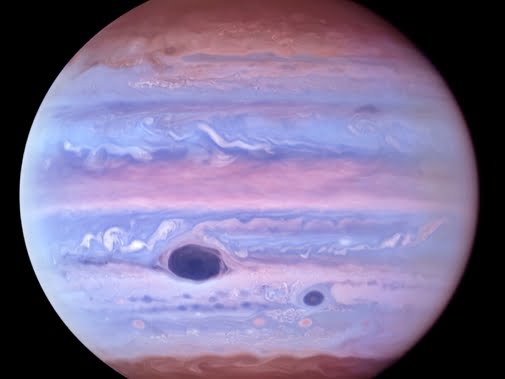 The grim reaper once told her that she’d fall in love in her fifteenth life. But here she was, seated on a squeaky office chair in front of a desk too low for her elbows, back hunched and eyes squinting at the monitor whose blue glow lit up her face like a halo but in reality, it was just luminescent contrast thanks to one of the room light bulbs dying last year. The room was always too dim after the sun went down, and the sun had gone down hours ago. Most of her coworkers had left and she remained, sorting through rows and columns on spreadsheets, cross-checking Twitter for the latest scandal one of the employees had blown a whistle on, managing compensation bumps so they’d stop shouting their complaints into the internet ether, not that she approved of bribing employees to stay silent or preaching to the faceless Twitter trolls. Young people were like that, trying to fight for fair compensation and correcting injustices and toxic office behavior, but as long as she had good medical insurance, she didn’t care much, not in this life. She just needed to pay for rent and groceries and, in theory, the rest of the company could deal with the press. Except, somehow, she was the one left to handle the escalating situation by some osmosis of responsibility. Upper management and the employees thought she was reliable. Fifteen lives later, and she still failed to learn how to slack off. She click click clicked and slammed the save key-chord three times. The paranoia carried through every life.

The grim reaper was a smart but socially out of tune fellow with a preference for Bonchon and deep loathing of KFC. “It has garlic, soy, umami,” he sang every time he invited her to a meal. “Double fried in spicy-sweet gochujang-saturated sauce.”

“Please listen,” she said, folding and unfolding a brown compostable napkin capable of scratching your mouth off if you applied enough pressure. “I’ve got work to do without you getting grease on my desk. When’s this love supposed to enter the stage?”

The grim reaper leaned back on the small couch. It went mostly unused unless others needed to complain to her about their manager or coworker or spouse. Something about her made her a complaint sponge. Maybe it was the old people vibe that persisted from several lives ago after she’d survived through the Taiping Rebellion without her children starving to death. Or the fact that she’d gone through three divorces: twice she was divorced because they found her too “out of touch,” and the third time she initiated the divorce because she had been curious how it’d feel to be on the other end. She felt bad about it, but there were no hard feelings since the divorcee had been cheating on her with a pole dancer who cooked a superior curry—the secret was Fuji apples, she learned three lives later after enrolling in culinary school, so it was a win-win.

“It’ll happen, you gotta live in the moment,” the grim reaper said, licking one of his fingers coated in sauce. “Chill out, don’t work so much. Not good for the blood pressure, you might die again.”

She had died from overwork once. It was uneventful and pathetic. She had been a history teacher at a blue ribbon, Ivy League feeding high school and spent all of her free time enhancing and rewriting the provided textbook with her memories. At some point, she’d neglected to take her insulin because she’d forgotten diabetes plagued her then-current body and ended up in a coma. According to the grim reaper, the custodian had recycled her drafts of the new textbook. She cried after learning the fate of her thousands of hand-written words and vowed to never try writing a book again. That was the wasted eleventh life.

“You sure I haven’t already found love?” She asked. After all, there was Benjamin, the optics engineer who took her to Venice, and bought them ten pizzas because the bread part was “too thin” and they’d never be full. She was young at the time and prone to being hangry, so she appreciated his attentiveness. There was Liutong, the college dropout who went back to China and got featured on a reality TV show because of his nice, feminine face, and she had been one of the hosts of the show at the time and showed him around, recommended the best biang biang noodle restaurants, explained how to select a good diamond that ended up snug on her ring finger. There was Shakespeare-expert Sara who was too shy to go anywhere and clung to her shoulder when they entered public areas, and it was honestly endearing—how Sara behaved like a duckling. There had been plenty of love. Perhaps it wasn’t meant to be something mind-blowingly unique. Plus, the heartbreak had begun to numb after her sixth life, and she felt a tiny bit guilty moving on so quickly.

“Nah, you definitely haven’t. If you had, we wouldn’t still be doing this.”

“What is ‘this’?” She asked, gesturing to herself and the office and the paper box of crumbs and sauce and a single piece of leftover chicken.

The problem was, the grim reaper was a romantic. He didn’t consider much outside of his fried chicken and Korean dramas and smut novels. When she’d asked him why he put her through not one but three wars—Taiping Rebellion, World War I, and the Napoleonic Wars—he claimed wars made the most passionate couples. “You don’t know if you’ll ever see each other again, there’s no time to waste on bickering about who’s taking care of the kids. It’s tragedy and love in its purest form!” He’d said. But she was convinced what he loved most was the tragedy part, how someone ended up dead and someone stayed alive and they wallowed into despair because humans were, according to him, creatures who could not live without love. That was the marketed story. She had gotten by fine when her loved ones died. Not immediately, and not without pain, but slowly she’d recovered and resumed road tripping or experimenting in the kitchen with torches and cumin or designing tennis skirts for women in the 17th century.

“This! Everything! A wealth of opportunity and chances is what,” he proclaimed. “The world is your oyster, an infinite supply of oysters, uh, if the ocean holds up. I think you’ve got something of a climate issue going on.”

“I need an opportunity to stay dead,” she said.

“Maybe that too is a form of love,” the reaper replied. Because really, she had outlived most of her children, seen more Olympics than she’d ever cared for, visited Antarctica which took until her tenth life to finally accomplish because her daughter was a polar guide and nautical captain leading a tourist expedition through Drake passage and there was an extra spot in the cabin so she tagged along. It was not, she insisted, because she was tired of living. She liked many aspects: waking up to the first coffee or tea or milk or orange juice-with-cereal (depending on that life’s taste buds), opening a fresh jar of sesame paste—the pressure in the cap popping, the fragrant scent, watching her twins laugh together with a rose-scented candle in the dark living room as they waited for power to return and the hurricane to pass, crushing lobster shells with her knife as she prepared to stir-fry the crustacean with ginger and scallion and how strong she felt to be able to cut through the fiery armor, reach the interior of sweet flesh, suck it out with her tongue and teeth.

“You got any of those potstickers left?” The grim reaper liked potstickers, although not as much as the fried chicken. The potstickers were filler foods. Tasty, but still filler.

“Ah right, that was during your housewife days. Good times, eh?” He took a sip from his styrofoam cup of Calpico he had nabbed from her mini-fridge.

It was her previous life. The fourteenth. She’d been a housewife married to an upper-middle-class real estate agent who had no idea how to handle his own money, so she ended up the one negotiating their first house purchase, installing AT&T Fiber, switching out the light switches with smart ones so they could control all the rooms with an app, fixing the microwave when it went crazy (they never did figure out why it’d beep randomly; she ended up silencing it completely). Her husband had been the one to make dinner reservations for them at posh omakase restaurants, compile a list of gynecologists for her to vet, buy the kids a dog and teach them to ride bikes without training wheels, have them learn the guqin because the violin and piano were too boring. He had been the one to invent protein-coupled receptor modulator compounds as a hobby and tried to explain to their son how pineapple juice contained bromelain which digested other proteins, and how marinating the beef required less effort, although their son preferred the mallet tenderizer and would slam it into cuts of meat like a whac-a-mole, enjoying the vibrations sent through the counter. She, who had seen enough bayoneted bodies for multiple lifetimes, said violence wasn’t necessary. Her husband said boys will be boys and it wasn’t like anyone was trying to beat up a human—just meat fibers. Their relationship worked because of the incongruity. He made the best Elvis PB&J; she made the dumplings. She’d made potstickers before, but this life had been the first time she made them in such a luxurious kitchen on an island made from white marble and surrounded by counters that seemed to stretch into infinity. There was a levity to her crimps, a kind of freedom from repetition, and it must’ve made a decent end product because the grim reaper had eaten a whole plate when he visited. And then she died because she was already scheduled for death because cancer rolled around like a whirlwind, unstoppable, full of conviction, the final hurrah of cells gone haywire.

“Not really,” she muttered. Nothing was really a “good” time anymore, and it certainly didn’t help that her coworkers thought it was ok to bribe their direct reports to prevent them from posting scandalous screenshots on Twitter or Facebook or Reddit or whatever it was they used these days. “And I won’t die from overwork.” She also decided she’d keep herself too busy for love, which was why she joined this company and plunged headfirst into its political dumpster fire in the first place, but she didn’t tell the grim reaper that.