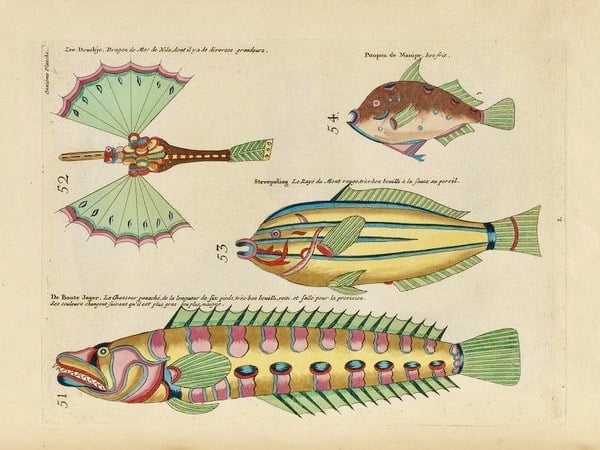 Here’s the story: I met my boyfriend in a park in Chicago. I’d like to tell you that we met by chance, swimming in the lake, or through mutual friends, or at a bar. We didn’t. We matched on a dating app and met up the Monday after. When he told me that he was from Colorado Springs, it reminded me of something. I used to live in Fort Collins, I told him. But that’s not right. I spent a few summers in Fort Collins with my cousins, I said. Maybe I’ve been to Colorado Springs. I couldn’t remember.

It was a good date. When it ended, he said he’d like to see me again, and then he texted me, “That was great. Want to do it again sometime?”

Colorado Springs. When I wrote about him later in my journal, I noted that detail. Maybe it was because I was from Iowa City, Iowa. I had always appreciated the symmetry of that name. Colorado Springs, Colorado. Pretty.

I remembered sometime the next day: My father lived in Colorado Springs. I only knew this because he had sent me a Facebook friend request two years before. I had deleted it without realizing who it was. The profile picture showed a skinny man standing naked in front of a wood pile, covering his genitals with a sign that read “FREE WOOD.” I didn’t recognize the name. The man’s location was marked as Colorado Springs, Colorado. I clicked through a few Grateful Dead and cannabis themed photos before removing the request. My mom called me about it a couple days later.

Even though he had altered his name, my mom had recognized my dad immediately. I asked her how she responded. She had sent a message: “Is it you?”

The message struck me as both dramatic and informal. How bizarre, I thought, that they might simply shoot messages back and forth after so many years without speaking.

It turns out that around half a million people live in Colorado Springs. The first time I visited, I looked over my shoulder at every turn. If I saw him at the grocery store, would I recognize him? My mom had left my father for partying too hard and cheating on her, months before I came to term. I wondered if he knew what I looked like, and why he hadn’t written a note with his Facebook request. My boyfriend’s mother said it was a no-brainer. I should meet him, to see for myself what I hadn’t missed. She touched my hair when she said it, but my boyfriend apologized for her later.

The second time I visited Colorado Springs, I reached out to my father through Facebook. I could see from the light green dot that he was online when my message reached him. After a few minutes went by, I worried that the message had gotten lost in his requests folder. I had never responded to his friendship. Either way, he didn’t respond, and my boyfriend and I left Colorado Springs the next morning to return to Chicago.

Wait. That’s not what happened.

Let me try again: The morning I met my father, my boyfriend’s mom woke up early with me. I hadn’t wanted to make it a big deal. She acted like she understood. I was distracted and nervous as we sipped coffee. My boyfriend was still asleep when I borrowed the car and drove to a café on the far south end of the city.

I got to the café before him and sat at a table outside. I used to pretend that a statue at the Iowa City Public Library was my father. I would stop and ceremoniously draw my fingers over its cold bronze exterior. It was a weird, ominous figure, reclined on a cement pedestal. It looked like Gandhi in a death shroud, or a shrimpy Han Solo frozen in carbonite. My mom let me take my time as I interacted gravely with the statue in a sort of pantomime of loss and longing. In hindsight, I wonder if she was suppressing a laugh. Children are absurd.

I felt absurd. My father wasn’t coming. The coffee was acid in my throat. As I got into my boyfriend’s car and left, I saw a bearded man in a Chevy pulling into the parking lot.

Hold on. Stop. I don’t mean to waste your time.

I’ll stick to the facts: I was born in 1994 in Plant City, Florida. My mom had moved from Seattle to Tampa Bay when she realized that she didn’t want to be with my dad anymore.

My father’s name is Anthony. He was raised by his grandma in Long Beach. His mom had him when she was thirteen and died before he was twenty. When I was in high school, my father’s grandma sent me a photocopied journal she had filled with their family history. Her oldest daughter had been murdered by a boyfriend as a teenager. In the journal my father’s grandmother wrote, “I learned the hard way to never trust again.”

When I was ten, my mom took me to visit my father’s family in California. My father’s grandmother had moved from Long Beach to Yucca Valley. Her front yard had a big cactus in it. She had bought me a Bratz doll as a welcome present. I made it walk around the toilet seat as I listened to my mom talk to the woman who had raised the father I’d never met. Whenever he visited, she said to my mother, he’d go straight to the photos you sent. He was always excited to see his little girl. But the last time he visited, she went on, he had gotten violent. I remember listening intently to this part. My father, I learned, had pushed my great-grandma down the stairs and stolen her money. I stroked my Bratz doll’s hair.

When I fell in love with my boyfriend, I had a strong desire to bind us together. I had never felt that way with anyone before. I found myself preoccupied with the where and when of my life. Sometimes I privately wondered if I would end up living in the city where my father lived. I wondered if I would regret never having met him once he was dead and gone.

I found my father’s phone number through a website that charged me $22.46. I called him one afternoon from my boyfriend’s mother’s house in Colorado Springs. He shouted on the phone like an old man. We agreed to meet at a park in Cañon City. I drove the hour by myself, listening to public radio. When I pulled up to the park, my father was already there. He got out of his Subaru wearing a greasy tie-dye shirt. He smiled as he walked towards me and I was filled with the deepest emotion I had ever felt. Sage, he said. You look just like your mother.

I never met my father, and I know I would never want to. It’s hard for me to explain. When I met my boyfriend, I became conscious of how much I like symmetry and patterns. I like the way city names look on paper, and I like recalling my early childhood. I noticed that I like many things the way they already are.

The way it really went is it didn’t: I haven’t met my boyfriend’s mom. Click To Tweet

I experience a deep adverse reaction when I think of the word “father.” It turns more to disgust when I imagine actually employing the title “Dad.” What would my life be like if I had a father? I am at peace with not knowing. I see no pattern in it. My father never met me, and I never met him. I don’t need to press the wound. I dispute the existence of a wound. Colorado Springs, Colorado. It holds more in the ring of its title and its place in my loved one’s story than it ever could for me and the history of my family.

The way it really went is it didn’t: I haven’t met my boyfriend’s mom. I’ve only spoken to her on FaceTime. She knows that my father lives in Colorado Springs. I’m happy that she knows. I think I want her to love me. I like that she raised her boys alone and that she laughs so loudly on the phone. I’d rather meet her than my father.

While I wrote this essay, I felt anxious that my boyfriend would move away, and our relationship would get bitten off before it had the chance to grow. I wrote it wondering about coincidence and any inherent value it may hold. If my life were folded like paper at this point, what symmetry would lie on the other half? I thought my father lived in Colorado Springs. But while I was writing this I Googled his name, and I found that he actually lived in Cañon City. I found that his middle name was Alan. And I found one felony charge for domestic violence.

I met my boyfriend in a park in Chicago, and I found out that we have a city in common. That is the biggest truth. The rest folds in on itself.