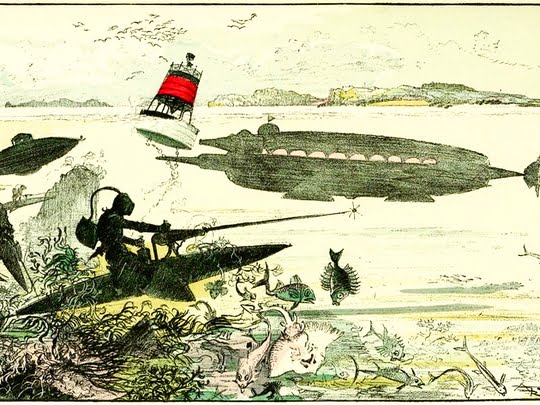 The school got sick to death of us bullying each other, so they took the doors off the girls’ bathroom stalls.

They must have thought, if we could watch each other shit, we might not write mean graffiti on the pink shellac. Or something. They threatened to put cameras in there, but my mom told me they can’t really do that.

It was funny. I never once drew anything until the week before they took the doors. All’s I drew was a little frog wearing a top hat, right at eye level. Third stall in the row of four.

I dunno what I drew it for. I didn’t even use a Sharpie like most girls—all I had was the stub of a golf pencil I shoved in the pocket of my hoodie real fast before I asked Ms. Chandler if I could use it. She almost didn’t let me, but I’m a good kid and quiet and don’t seem like the graffiti type.

Anyway, it’s funny to think my Abe Lincoln frog might have been the last straw. I can just see Principal Donahue foaming at the mouth and shredding report cards with his teeth like a rabid dog, thinking of all the graffiti in the girls’ bathroom.

It’s Friday, and me and Simone Beck are heading to the peek-a-boo bathroom because it’s the only one us sixth graders can use. There’s a perfectly normal one in the seventh and eighth grade wing, but the hall monitors will give us little tykes detention if they catch us down there. Apparently it’s for our own good. They’ve had problems with the big kids kicking the puke out of fish fry like us.

Simone is on her period, and she wants me to keep a lookout while she changes her tampon. Most girls don’t dare use the stall-less bathroom, but I guess she doesn’t have a choice.

Simone and I are both in cross-country. We’ve got a nice symbiotic relationship that only makes me a little jealous all the time. She likes me because I repel boys—I like her because she attracts them, with her perfectly loose long blond braid and her blue eyes. Eyelashes like butterfly legs. She’s also tall and obviously she’s got her period. My older sister tells me I don’t want it, but I feel even more like a scrawny little baby around girls like Simone.

I think she can tell, too. She’s the fastest girl on the team, and one of those nice Mormons. I can never tell with them if it’s all an act or what.

But we’ve got a thing going, so I stand like a bouncer with my legs spread and my bony arms crossed over my stupid flat chest. I’ve got a tiny pocket knife I always keep tucked away, and I use it to clean under my fingernails while I wait. Simone thanks me for standing watch over and over again like I’m doing a real service. As if any of my classmates couldn’t easily shove me over and bang up my head on the dirty white tile. I’m barely over five feet. The girls keep tabs on stuff like that.

But Simone goes on and on anyway. “You’re a lifesaver, Nikki.” Rrrrip, goes the paper packaging on her tampon. “This is so embarrassing.” A stifled silence where…well, where something happens. Everyone’s been pretty mum on tampon details with me.

“It’s fine,” I say, kinda bored. My voice echoes in the hollows of each stall.

Simone sniffles. I wrinkle my nose since she can’t see. Is she crying or something? “I really appreciate it.”

“You’re so lucky you don’t have it yet. Seriously.”

A flush, and she taps my shoulder to let me know I can stand down. She goes past me to wash her hands.

I look at her face in the grimy reflection. Even her fakey Mormon blush looks like it’s on purpose, like rosy watercolor swished over her nose.

“Yeah,” I say. “I read that girls who have their periods put off, like, pheromones and stuff that attracts boys. That’s probably why they’re always chasing you down.”

“Ugh. Boys.” She says it like I would know anything about the troubles of being super pretty and talented. I don’t get a chance to respond ’cause she sticks her hands under the air dryer and it roars and screams like a waterfall full of drowning victims.

The school puts the doors back after a few weeks per parental complaints. I dunno if anybody could have actually sued, but it sure shut the school board up. But there’s a new development—they had Remy the janitor paint all the stalls black. Now we have a goth bathroom.

I dunno why they thought that would stop anyone. All the girls just went out and bought silver Sharpies or found them in the swampy grass around the middle school. I even picked one up off the blacktop when I saw it.

After cross-country practice the next week, I have to pee so bad I know I won’t make it home—the bus bounces like it’s got damned Moon Boots strapped to the wheels. Simone says she would wait up if she didn’t have Family Home Evening tonight, but don’t care.

As I clear out my bladder, I stare at the words in front of me. Neat, looping handwriting, in silver Sharpie: “Simone Beck is a stuck-up bitch.”

I consider it for a while, elbows balanced on my naked knees. Once I haul up my sweaty shorts and flush the toilet, I think about writing “Anyone who thinks” before it, and “is a fat dumbass” after. That way I could get vengeance and not wreck the nice handwriting.

But after a minute, I just slip my pocket knife from the band of my training bra—both leave an indent on my ribs—and scrape it off.

The pink shellac glares through from underneath.