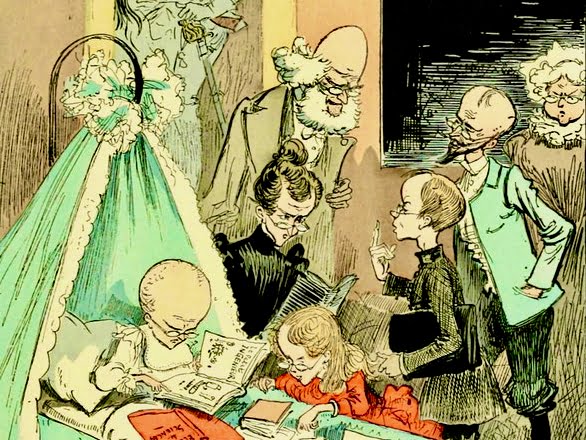 Easter Sunday morning my hand dug deep into the trash behind San Jose’s Stevens Creek Hyundai, pushing around discarded lunch wrappers and spare parts with a twisted dry cleaner hanger. Sweat beaded above my upper lip and collected in the crease of my chin underneath an N95 pandemic mask. The odor of rotting garbage surrounded me. Instead of heading to the beach, I told my husband we had to stop and search for my good luck charm, a black rubber cat named Bendy Five Percent. I had mistakenly left the replica of my first pet when I emptied my car for trade.

For the past forty-seven years, Bendy Five Percent had ridden in my car wrapped around the rearview mirror, guarding the back bumper, channeling the protective spirit of my mother who had died a few months before I purchased the amulet. Christians have St. Christopher medals, Hindus have statues of Ganesh, metaphysical beliefs have Archangel Michael. I had Bendy Five Percent.

“I’m coming for you, Bendy Five Percent,” I telepathed to her as we sped down Highway 280, twenty minutes from the dealership. I had noticed that Bendy Five Percent was missing from her perch above the rearview mirror when I checked for the charm, like a pilot measuring gauges before takeoff.

“Call them and see if they’re open,” I said to my sleepy husband. We’d left early to beat the crowds, heading to the coast, hoping to enjoy the unseasonably warm day.

“Call them anyway, someone might be there,” I said while remembering the day I had purchased Bendy Five Percent.

It was a few weeks after my mother had died in 1974. I was sixteen and had just gotten my Driver’s License. I drove her seafoam green Toyota pickup into Helena, Montana, our closest town, and at the Ben Franklin Five and Dime, I bought the Bendy Five Percent and an orange rubber ostrich, commemorating passing the test. Sadly, the ostrich was a casualty of a car break-in a few years later, leaving Bendy Five Percent my only good luck charm.

“This is Cyndie Zikmund, I left something in the car I traded-in on Thursday. Is my old car still there?” I said over speaker phone. The stranger put us on hold and checked the back lot with nearly thirty used cars parked side by side. He returned and confirmed my old car was onsite. This announcement gave me hope.

The original Five Percent had been a sign of hope. When she was a kitten and I was away at Girl Scout Camp, she contracted feline distemper. The doctor told my mother that ninety-five percent of the cats who contract the disease perish. Refusing to let my first pet die on her watch, my mother nursed the cat back to health. Centuries old superstitions claimed that black cats were bad luck. They became a hallmark for spooky Halloween decorations. Five Percent’s survival proved some black cats bring good luck and hers was twice as concentrated as regular, I reckoned.

Five Percent had been weaned from her mother early and suckled the bathroom rug in place of her mother’s nipple. Eventually, she matured into my constant companion, accompanying me on long hikes in the pine forest behind our mobile home park. We had a special place overlooking a natural hot spring where I sang a made-up song about the soulmate I hoped to meet someday. She usually stood silently watching, but sometimes, if I was singing with more emotion, she’d run up one tree, then back down it and up another, expressing my want in her outbursts. Feline intuition has been attributed to their acute senses, allowing cats to feel changes sooner than their humans like health threats, changing weather patterns, or passionate verse.

My husband didn’t question the change of plans. He knew the priority was to get Bendy Five Percent back before my car was sent to auction. We couldn’t lose my spirit animal.

When I was a freshman in high school, I’d lost the original Five Percent to unknown causes. The following year, I lost my mother to bone cancer. I didn’t have a father. He had died from heart failure during a hospital test when I was too young to understand the finality of death. Losses can pile up on a person, making them cling irrationally to things. Like the original Five Percent had turned our small rug into a binky, I was grasping for Bendy Five Percent with the desperation of a child who had lost her blankie.

Hyundai’s holiday crew was sparse. While two salespeople chatted in a glass-walled office, a service attendant led me to their back lot where the sun beat down on three rows of used cars. Before the attendant could find the keys, I ran to the middle row and tried my car’s door – someone had forgotten to lock it. My hands felt around the rearview mirror. I opened the center console, the glove compartment. I looked under the seats, in the back, along the door cup holders. I could tell the attendant wanted this story to have a happy ending by his dejected look when I came up empty. The second security person arrived to help, though neither knew how best to assist. I wasn’t emotional, but I was a woman on a high mission. My eyes scanned the area, thinking like Detective Columbo whose reruns I’d been watching on Amazon Prime.

Where would a thief stash the goods? I thought, morphing into crime solving mode even though no crime had been committed.

From having two purses previously stolen, I knew that garbage cans were the best place to look for discarded hot property.

Then, for the first time that morning, I didn’t feel crazy. The other item that I had hung over my rearview mirror peeked out from under the dry cleaner’s advertisement. A blue wristband from the last live concert I had attended before the pandemic, Halloween 2019, One Republic. This was too specific to belong to anyone else.

Bendy Five Percent had to be nearby.

Three cars were parked in the service bays, no mechanics were working that day. I emptied the garbage can with the vigor of a gold miner.

This wasn’t the first time I had needed to search for Bendy Five Percent. In 1985, I came out of my apartment in Berkeley and discovered that my Datsun – with Bendy Five Percent attached to the rearview mirror – had been stolen. I was attending engineering school, and Bendy Five Percent had been with me for eleven years. The police had given me little hope of getting the car back, saying most stolen vehicles were sold for spare parts within twenty-four hours. When they called to say they had found the Datsun abandoned in a parking lot, I knew the reason it had been spared – Bendy Five Percent was finding her way back to me.

Carrying a toy in my car for almost fifty years, believing it brought me good luck, might be considered overly sentimental, but Bendy Five Percent’s record speaks for itself. In all the time I’d had my good luck charm, I’d never been rear-ended, nor had a high-speed collision. There was the one time when an armored truck abruptly changed lanes and pushed my Honda to the shoulder like a stunned moth, but the dent was easily repaired, and no one was injured.

I counted. Bendy Five Percent and I had owned eight vehicles, lived in four states, graduated from five schools, and had dozens of bad first dates in our years together. She had been the most permanent being in my life.

Desperate situations call for bold action. I entered the service bays with a mix of excitement and reverence for the tools and equipment that sat silent on their one day off a week. It felt as if I were breaking and entering even though I had two service attendants watching my every move. I walked slowly to the back and a small room appeared to the right.

“I’m going into this office,” I announced as if admitting to snooping would make it okay. The older attendant gave me a nod.

Three plastic shelves were stacked on a small metal desk. One had a white terry cloth rag – the kind Amazon sells in packs of twelve. Between a pair of sunglasses and a Bic pen rested Bendy Five Percent. She was formed in the reclining position as if she were napping before her next gig.

That’s how cool she is.

The person who details used cars had chosen to keep her above all other forgotten objects. I grabbed her as if I were breaking her out of prison.

I turned to the astonished service attendants and told them the highlights of Bendy Five Percent’s illustrious life. They smiled, nodded, and laughed open-mouthed when they learned she’d already survived two robberies. It was going to be a Happy Easter in the Hyundai dealership’s back parking lot after all.

I didn’t know how much time had passed. It seemed like five minutes, but I think it was thirty. For half an hour, my husband and our two rescue pups had patiently waited in the new car, reading the driver’s manual, and trying to program the GPS for the beach. I had long ago realized that my husband was the soulmate that the original Five Percent and I had imagined for myself during those long summer days of awkward adolescence, singing to the pinecones.

The detour to rescue my talisman had added a total of ninety minutes to our drive, but neither my husband nor our pups complained. We are a family that leaves no member behind.