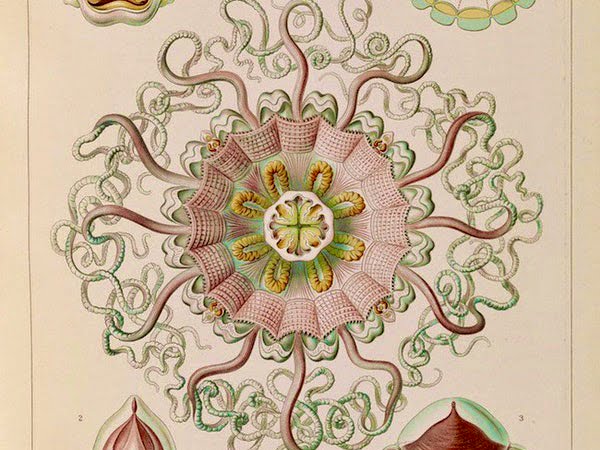 For the four weeks in October that Hal underwent outpatient chemo and rested afterward, the realtor had left the FOR SALE sign in the yard. Across its face, on Hal and Jen’s last trip back from Atlanta to Forest to collect Jen’s mother’s clothes, the realtor had attached a panel with the single word, SOLD. It hung there like some official seal across all the rest—diagonal, inviolable, final.

“The buyer would like to move in as soon as possible,” the realtor had told Jen when he’d called to make arrangements for the check, adding an undercurrent of urgency.

Bobby, the man standing in the street watching Hal hacksaw and hammer the shop lock out back, presented a diagonal figure himself. It wasn’t until Hal turned and met his eyes, and Bobby seized this as invitation to move closer, that Hal saw the imbalance was from misalignment of the metal snaps that fastened his Carhartt coat. Both hem and collar rode high on one side, giving Bobby in his week-old beard and red-checked wool cap and white summer slacks the oddly durable look of an apple-cheeked, windblown scarecrow.

Bobby watched without expression until Hal laid the hacksaw on the ground and picked up the hammer again. The shop was eight-by-twelve corrugated steel that made the hammer echo like the pop-pop of small-arms in the distance. The building listed sideways off its footing from the original impact of a fourteen-inch scarlet oak that had begun to rot in the roof-crease it made coming down.

“You moving in or-or-or moving out?” said Bobby.

“Good question, my friend.” Hal thought Bobby was the same man who had watched from the street on their previous trip as he and Jennifer had moved back and forth from house to car with framed pictures, electric fans, a lifetime collection of pots and plates that if their luck held out, Goodwill might take. With Hal’s successful law practice and their place in Buckhead, neither of them found anything they wanted though Hal, whose office included a shelf with a miniature brass steam engine and a couple of old brass bells (“Brass tarnishes but never rusts”) wanted to see inside Jen’s late father’s workshop.

Jen had explained Bobby’s status as “community guard and scavenger.” Her mother before her last illness had taken to giving Bobby castoff small appliances which he hoarded or sold for scrap. A car passing in the street had lost a hubcap and late one afternoon Mrs. Byrd had seen Bobby climb out of the ditch hugging it.

“They—they been several moved in and moved back out.”

Hal stared at him. “That was probably the electrician and the carpet-layers.” The bank had wanted the flooring replaced and the wiring checked before they approved the loan.

“They asking way more’n it’s worth.”

“Don’t they always?” Hal grinned, hearing echoes of neighborhood gossip. He wavered between trying to be kind and wishing the hell Bobby would leave. “You live around here?”

Bobby looked at him but didn’t take the hand. His eyes weren’t so much crossed as rheumy, unfocused. Up close, he smelled of stale tobacco, rancid bacon grease, kerosene, unflushed toilets. The original tan of the jacket had been renewed in blots by what might have been coffee with generous cream.

Hal turned back to the lock still clutching the hammer. Without some way to hold the lock fixed, a solid blow to break it was impossible. Each time he swung, the impact only rotated the lock away on the hasp like some noisy bell clapper parody. “Damn.” He turned and threw the hammer into the yard, held his shoulder for a minute, caught his breath (“Who’d have thought we could take oxygen for granted?” he’d joked to one of his doctors). He bent to pick up the saw without much hope.

“You know what’s in there, don’t you?” Bobby had moved a step closer.

“Other than a nest of bees, your guess is undoubtedly better than mine, friend.” Hal realized with a shock how true that probably was: a man who spent his time watching the neighborhood, picking up lost hubcaps from ditches. He said almost savagely, “Money?”

Bobby gave him the earnest focus of a dog being invited into conversation.

“You’ll have to overlook me. My wife says I joke inappropriately.”

“Bottles,” said Bobby. He reached into a coat pocket and held up a green, rectangular bottle that might once have held patent medicine.

Hal wondered for a second who was joking at whose expense. “I don’t know much about bottles—unless they’ve got Johnny Walker Black in them.”

Bobby held the bottle to the sky and squinted to see through it. “Mama, she’d put HADICOL and milk in a bottle just like this and give it to whoever had the colic or the thrash.”

Hal grinned. “Did it work?”

“Must have. All five of us but Christine lived.”

“There was this woman could cure the thrash. She’d come and put her mouth on the baby’s. Breathe in. You had to give her a piece of candy. You couldn’t thank her or it wouldn’t work.”

Bobby stared at him a long time. He stuffed the bottle back into his pocket. From the other side of his coat he pulled out a cobalt-blue bottle and held it up as if reading the markings.  “They had a bottle on TV other night. Somebody offered five hundred dollars for it.”

Bobby shook his head slowly from side to side, appraising Hal.

“The doctors be damned. Right at the moment I’d settle for a little moonshine. You wouldn’t know where a body could get some, would you?” He grinned at Bobby, who clearly didn’t catch the humor. It occurred to Hal that he might just have stumbled onto the one question you never asked here in the mountains, the one that might well send Bobby back into the street to stand staring.

“Wouldn’t touch that stuff. You couldn’t pay me.”

“Five hundred dollars?” Hal grinned but his mind was elsewhere. He thought of a six-pack of Millers he’d put into Mrs. Byrd’s refrigerator. “It’s not hard liquor,” he’d said to Jennifer.

Bobby had clamped his jaws so hard the muscles along the side of his face bulged. He opened his mouth enough to say, “No amount. They’s people in hell this minute would give five hundred dollars to be let out.”

Hal decided there was nothing he would say to that. He bent to pick up the hacksaw and felt the first wave of nausea and fatigue. He stood for some time holding to the building with one hand and the hacksaw with the other while the world steadied.

Hal turned halfway. “What you see is what I’ve got.”

Bobby turned and looked toward the house. His eyes seemed even more unfocused.

Hal pushed at the lock with the saw but the problem was the same as with the hammer.  Each time he tried to saw, the lock moved and the blade wouldn’t stay in the shallow groove he’d so far managed. He wedged a stick through the hasp to hold the lock in place but all that accomplished was to break the blade.

Bobby was muttering to himself behind him but Hal didn’t turn or try to listen. He leaned his forehead against the galvanized door while he got his breath. He wanted to sit but that would have been too much like surrender.

“You need you something better.”

Hal didn’t bother to turn. “You’ve got that right, friend.”

There was a moment of silence. “You ain’t got nothing?”

Without turning, Hal held up the hacksaw frame with the broken blade dangling. His arm felt weak. He lowered it. “Everybody’s got something.” He turned. “That’s how we end up where we are.”

Bobby stared blankly. “What have you got?”

Hal decided it took too much effort to make himself clear though he did hold out his hand. It struck him that the hand he held out was the empty one.

“They’s a ax under the house.  We’ll need it to get them bottles.”

The word need struck Hal as odd though he couldn’t have said quite how.

At the house the door opened. Jen’s voice called, “I’ve ordered some pizza with anchovies, the way you like it. We can sit out under the tree to eat and watch the squirrels.  You could eat just a little, couldn’t you?”

Hal slumped his back against the metal door trying not to think of food. From inside the shed, the door movement brought bee sounds.

“What are you doing down there?”

“Huntin bottles.  We need the ax.”

“We’re okay,” Hal called, though how far his voice reached wasn’t clear. He had turned halfway. Under the pecan trees a squirrel dug for nuts. “The one thing I’ll miss is those trees,” he’d told Jen on the way up, only half-joking. Her father had planted them forty years ago. He had been dead almost thirty.

“We can’t very well take a tree,” she’d said, to which he’d replied that the new owner would probably agree.

Jen called now, “Is something broken?”

“So far as I know nothing’s broken.”

“Situation Normal,” Hal called. He thought how typical it was of Jen that she’d ordered anchovies when she preferred plain Canadian bacon. “Let’s don’t bother her with this crap,” he told Bobby. “She’s already stressed as hell.”

“What is it you need?” she called.

“I’ve got all I need. Can’t think of another thing.”

“What have you got?” said Bobby, moving closer to stare at his hands.

Hal thought about sitting under the trees, the car already loaded. He might get a beer from the fridge since Jen would insist on driving back anyway. He turned and watched the squirrel and two starlings face off over something half-buried. He wondered how Bobby could be so certain what was in the shop.

“What have you got?”

“Six bottles of Miller High Life,” Hal almost said. It would be at best a small, complex, gesture of pleasure and defiance.

“What have you got?”

Hal shrugged and tried to grin. For a second, he considered trying to tell him.