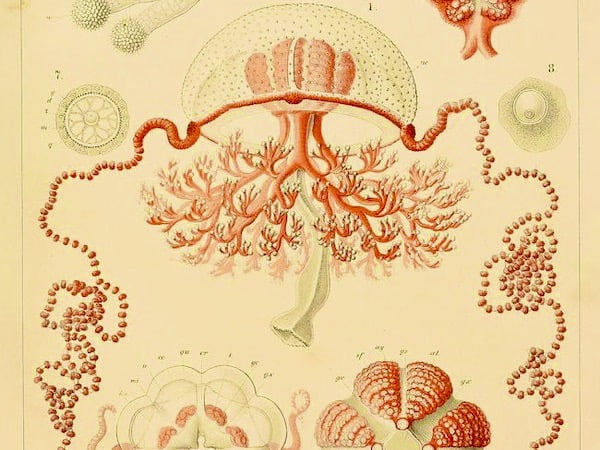 I started calling Yam’Tcha in July. Twice a week, every week, I dialed the unwieldy European number and asked—shouted, really, through the din—whether they had an opening for dinner. My mother and I would love to dine with you, I pleaded. We were visiting Paris for the very first time.

Two months and many calls later, my mother and I stood in the glamorous neighborhood of Les Halles, peering through the restaurant glass. We admired the brushed blues and yellows, the stylish wood tones, the waiters gliding from table to table. But our arms were folded, our smiles tight. We were exhausted. After securing a reservation and jetting across the ocean for Yam’Tcha, all we wanted to do was go home.

Yam’Tcha, which specializes in Franco-Chinois cuisine, is the Michelin-starred brainchild of Adeline Grattard, a classically trained French chef who spent two years cooking in the back kitchens of Hong Kong, the city where her husband, Chih Wah, was born. We’d first learned of the restaurant on an episode of Chef’s Table. The two of us had sat transfixed as the camera panned over gorgeously plated foods—roasted pigeon with black rice vinegar, steamed daurade with pak choi—each paired with pots of rare and delicately steeped teas. The couple runs the restaurant together: Adeline is in charge of the food, and Chih Wah, the tea.

There was something both mystifying and familiar about Yam’Tcha. We had watched other lavish shows about other lavish restaurants before, but my mother—a native of Sichuan and a lifelong devotee of good flavor—recognized these sauces, knew these teas, had cooked with these same vegetables. In Paris, of all places, the baos and wood-ear mushrooms and chili oil I had grown up eating were made beautiful, palatable, even rarified. I felt a small tug of pride and a yearning to see it for myself.

A few months later, I won a fellowship to study in England for a year, and an opportunity presented itself. I convinced my mother to fly out a week early with me and turn my cross-continental move into something she rarely planned for herself: a vacation. To celebrate her first time in Europe, and our first time in Paris, we splurged on a tiny, stylish apartment in the 1st arrondissement. I wrote down a list of notable patisseries and boulangeries, pre-ordered museum tickets, and packed my Sunday best for Yam’Tcha.

Yet, in the pristine city of Paris, every day felt like a slog. Our apartment was a neck’s crane away from an ancient stone church: at 8am, the bells chimed so close to us that it felt like someone was beating a frying pan directly above our heads. We didn’t speak French. We couldn’t figure out the transit system. The lines were long; the sun blazing; the Louvre dizzying and cramped. The walk from one place to another always felt twenty minutes too long.

The food, too, was a disappointment. For breakfast, stale canelés. For lunch, baguette sandwiches so hard they clawed out the roofs of our mouths. For dinner, steamed vegetables and a slab of meat for 35 euros each, minus tip. When we entered restaurants and boulangeries, my mother—a warm, vivacious woman—shrank into the paneled walls while I anxiously approached the counter. More often than not, my shabby French—Parlez-vous anglais?—elicited eye rolls, smirks, dismissive waves towards the exit. We left feeling flayed.

And then there were the bathrooms. One afternoon, around the Notre-Dame, we spent the better part of an hour ducking into hotels, pastry shops, and bookstores, asking over and over if my mother—more desperate by the minute—could use the bathroom. Nobody yielded. We began to feel burdensome, doubly alienated during these conversations by my mother’s Chinese accent and my own American twang. Then, as if emerging from a fugue, my mom perked up. There’s a Chinese restaurant over there, she gasped, as if she’d spotted an old friend in an unfamiliar crowd. Ten minutes later, she emerged, relieved and jubilant. “They’re from Hangzhou!” she proclaimed, and turned to give the owners a delighted wave before we walked away.

The triumph was short-lived. By the time we arrived at Yam’Tcha, a third day in Paris had taken its toll: our heads drooped, our feet dragged, our spirits sagged. The wonder of being in a new place had dissipated into exhaustion, and home felt far—too far—away. And then someone opened the door (Bonsoir, mesdames!) and ushered us in.

It was different on this side of the glass. Everyone was stylish, welcoming. We were enveloped in warm chatter and smiles, flower bouquets and embroidered pillows, hot food emerging from the kitchen pass. There were no smirks, no slogs, no stresses. Beyond Yam’Tcha, there was nothing at all.

Our meal began with crispy ravioli dumplings, plated next to pickled cucumbers, a cup of crab soup, a perfect cube of tuna. We bit tentatively into our raviolis. Mine crumbled into buttery flakes, then melted into the rich, meaty filling. I don’t remember what was inside: it reminded me of a crackling hearth, a hug, a vat of chili on a freezing day. I felt a little bit like crying. We took a sip of the crab soup (briny, silken), a bite of the tuna (chilled, succulent). Suddenly, we were ravenous.

The rest of the meal unspooled like a dream, manic and delightful. There were the big, sliced mushrooms, braised in fois gras purée, perched on a bed of chestnut shavings and foam. There was the oiled shrimp in langoustine sauce, dotted with tiny, delicate nasturtiums. There were the two man tou, folded into Winston knots, pillowy as air.

What did my mother and I talk about? Did we even talk? I don’t remember, but the food kept coming. Buttery white fish with greens. Guinea fowl in XO sauce. It was disorienting, unfathomable. It was culinary whiplash: Hong Kong, then Paris, then Hong Kong, then where? Perhaps it wasn’t whiplash at all, but the gradual and disembodying realization that we were tasting something familiar, something absurd, something fantastic, something entirely new.

Take the baos—my God, the baos. Two plain, puffy lumps, sat unassumingly on a plate. My mom and I must have had hundreds of baos in our lifetimes, for breakfast, at family gatherings, in the alleyways of Shanghai. But here, they were filled with, of all things, Stilton cheese and amarena cherries. We wore our skepticism on our faces and took a bite. It was hot, marinated, curdled, tart. The astringency of the Stilton collided with the sweetness of the cherries, and then all of it mellowed into the warm, airy dough. It was one of the best things I’ve ever tasted.

In between dishes, Chih Wah brought us tea. Pots of Tieguanyin, Longjing green tea, Pu’erh, rare leaves from Japan, from Yunnan. Some were earthy; others dark. Some tasted the way the wood smells in ancient Chinese temples.

The first time he stopped by our table, my mother and I were starstruck. “We saw you on TV!” She exclaimed in Chinese, and gestured at the plates. “Your wife is so talented!” Chih Wah—a slim, slow-moving, bespectacled man—chuckled sheepishly and poured our tea. “Ah, my wife,” he replied in Chinese, referring, of course, to the internationally renowned Adeline Grattard, head chef of this Michelin-starred restaurant. “She just likes to throw things together in the kitchen.”  He smiled and shook his head, as if to dispel the compliment. I was reminded instantly of every uncle I’d ever met during big Chinese family gatherings, waving away the accomplishments of their very accomplished children in mock-embarrassed humility. It was an immigrant tic recognizable across time, across space, across dimensions, in Chih Wah.

My mom smiled at him, and then at me, in recognition. I looked down at my plate—a rhubarb and Anais strawberry compote, with a sesame brittle—and felt the slow drip of my anxiety evaporate. My mother had been reluctant to come: Yam’Tcha would be the most expensive meal she’d ever bought for herself. “You go; I’ll wait next door,” she’d offered. “My palate is not very sophisticated.”

Now, in the warm light of the restaurant, she leaned out and flagged down a waiter. “Do you have any open seats tomorrow?” She asked. “Can we come again?” The waiter smiled kindly and said she would check. I watched my mother lean back, hands folded on her lap, and look out at the restaurant bustle. “You know,” she said, “I think I like Paris,” and grinned.