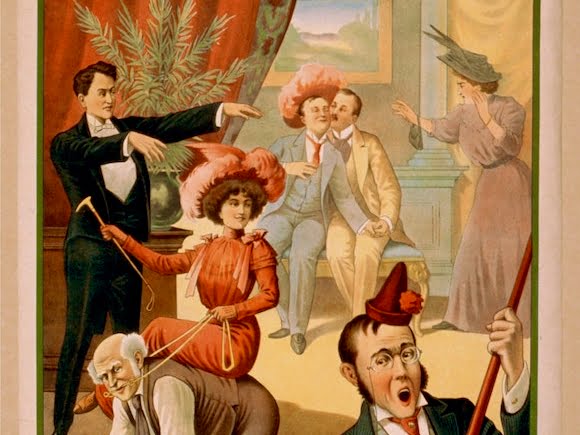 Let’s say it begins in Beijing with the boys, perhaps a little boy who toddles from his mother to a blade of grass, a bright greenish twig secretly calling to him, pulling him toward its demanding hum. He bends over in his red apron-like garment, its sturdy straps tied around his waist and thighs, his naked buttocks thrust out into the air. Or maybe it begins with a boy in diapers, peeking from behind a bamboo curtain while we Americans eat soft, moist tofu in an upstairs restaurant, our chopsticks clicking. “Chinese tofu!” we squeal, the taste so succulent, so rich, we keep turning the lazy-susan, round and round, reaching for more. Or perhaps it begins with the startled face of a bristly headed boy poked by my umbrella as I am pushed and shoved by curious crowds through the last ornate gate of the Forbidden City. Our bodies are packed so close I wonder how the adults free an arm to touch the thick red walls, their fingers caressing that rough painted surface for happiness, good fortune, and the miracle of love­, while the boy gazes steadily at me, his round face as smooth as polished stone. He looks more startled than hurt, but that face, it’s such a sweet boy’s face, I keep saying, “I’m sorry, I’m so sorry” long after he’s turned away.

Much later I’ll realize it begins with Kim and Mieka, two boys who run dutifully towards me in the park after Harry, their English language coach, calls out, “A teacher. Come meet the teacher,” as if he’s discovered a prize. And there I am trapped in my duties, caught in a profession I want to leave behind as I wander through Hepingli Park on this bright July morning. There are times when I long to be just a citizen, irrelevant to the world, bemused or indifferent, self-absorbed and myopic, useless to anyone, merely a traveler, scavenging for scraps of delight that mean nothing to anyone else. But now I have been found. A teacher. I know the part.

Kim, the taller boy, reaches out to shake my hand, his own hand so soft it makes me blush. Then Mieka, his mouth tucked sideways to repress a grin. He knows this is all a show for the English coach, Harry. What does Mieka care? Left to his own desires, he’d probably give me a high five and sprint off to swimming or badminton or talking loud to his friends. But now, like me, he’s caught. He turns that round puckish face towards me, his two front teeth overlapping, his forehead so narrow he is all dark eyes and black brows. His hair, barely a bristle of dark fuzz, reveals an emerging cowlick. I smile. For him I will be a teacher.  While he shifts from foot to foot, Kim stands attentively, staring at me with dark, solemn eyes behind wire-rimmed glasses. His eyes say, “I’m here. I’m listening. I’m a boy who is going places.”

“Nice to meet you,” Kim says precisely, in a voice as soft as his hand. “How are you?” comes out stronger, more assured. I imagine he will be a businessman someday, traveling the world, calling from a distant shore, surprised at how easily his words shift – like a warm, sweet breath — from Mandarin to English and back to Mandarin.

“Nice,” Mieka says, tossing out the one word he knows, mimicking his friend. He too holds out his hand even as the coach says emphatically “to meet you!”

Let’s say it begins with two handshakes and becomes the inevitable conversation of How old? How much you like? What you do here? How long you stay? Where you live?

Kim frowns at the mistake, but quickly recovers. “Where from?”

Ahhh, near Chicago. A smile.

It begins when Harry, the English coach, saw me sitting alone in the park at 8:30 on a Sunday morning in July. As he walked past, he turned and smiled at me, then idled near the pond, glancing my way. I sat on a stone bench on a tiled square beneath the shade of poplar trees and watched an old man across from me fiddle with something I couldn’t quite comprehend. At first, I thought he was opening a tube, like a Pringles tube of potato chips, perhaps his breakfast, but instead of breakfast, it became a long, flat brush he attached to a stick. Still, I didn’t understand. The old man, dressed in a loose white t-shirt and baggy pants with a faded blue hat squashed flat on his head, glanced slyly at me – the interloper – then went back to his work. I watched as he limped to the pond and dipped the brush into the still water. Then, to my surprise, he limped back and began to paint: long, rhythmic sweeps on the gray tiled ground, a calligraphy of brushed water.

It was then that Harry appeared by my side. “Can you tell me what he is writing?” I asked after Harry had introduced himself.

I nodded, uncertain if I did.

“He is saying we must get as far away as we can.”

I imagine he means that our spiritual selves must try to grasp heaven, must try to hold both heaven and earth in our bodies, finding a heaven both within and beyond this earth. As far away as we can. And though I know he means this philosophically, I can’t help thinking of the literal, of how much time I’ve spent trying to get as far away as I can, as if faraway places might save me, might allow me to find a heaven within by exploring the world without.

But it’s more than that. I have expected the world to save me from silence, to infuse me with speech. Often as a child I was too frightened to speak. Each night I lay in bed, a ghost-child beside my sister, the one who talked so much her 5thgrade teacher kept her in for an entire year of recess. She talked and she read. She read at the dinner table, talked in church, read in the middle of softball games and talked all through the movies we paid $8 to see. She told my parents everything she did as if she had no censors, no shame, had nothing to hide, but how could that be? I was a child full of cautions, ellipses, living in an insular world, always watching. I watched the physical irritation of my father, how his eyes jerked and his mouth narrowed at the slightest interruption. I watched that same face relax with sudden, irrepressible joy, his jaw softened, all his teeth showing. I watched my sister sneeze and forget to catch the sneeze with a Kleenex, and then forget that sneezes mattered, that the sneeze went somewhere. I watched the rain puddle the yard, making huge, pond-sized puddles where frogs, tiny as walnuts, leapt and splashed. I watched and in the moment of watching, I was happy.

Only later, when the spell was broken, did I perceive how quiet I had been, and in such moments, I believed it was the silence that made me invisible, unreachable, a girl hiding behind the door. From this premise came a private admonition: I must become a grand and fanciful creature, a creature who wanted to talk. Surely a faraway place would be my rescue, my tutor. A faraway place would become my experience, something to talk about, to take home as my prize. And yet ironically, each new place – London in my 20s; Dublin in my 30s; Florence in my 50s — pulled me back into silence, into my watchful, watching self.

Perhaps that’s why I notice the boys in Beijing, so mischievous, so surprising. Yesterday I watched three little boys following their parents into the Yonghegong Lama Temple. The oldest boy knelt, bowing at one of the altars, his hands holding his incense sticks upright as he bent low, his forehead almost touching the ground. He looked reverent, devout. I watched as he rose in one fluid motion and very carefully placed his incense stick on the altar. And then to my surprise, he turned to his brothers, two fingers holding his nose, his grin barely stifled.

The boys. I see them everywhere. With backpacks and Mickey Mouse t-shirts. With orange flip-flips and tennis shoes. With #10 written on the brim of their caps. With fishing rods and badminton rackets. With cell phones and bicycles. They sneak into my consciousness and take me away from myself, and for a moment I forget to worry. I am watching.

“Goodbye. Nice to talk,” Kim says when I tell them I must leave the park for a meeting.

Harry smiles a gleeful smile. Then he prods Mieka.

“Good,” Mieka says, his eyebrows raised as if he hopes this is right. He smiles at me and then he takes a small step forward so that he is slightly in front of Kim. “Good,” he says again, more assertive this time.

And I nod, repeating his word – Good! – but what I’m seeing are the sensuous curves and arches of the poet’s characters, their bones thickening into symbols of heaven and earth, then fading, becoming fragments, as fleeting as rain evaporating into clouds. As I walk away, I carry them inside even as they vanish in the mid-day sun.