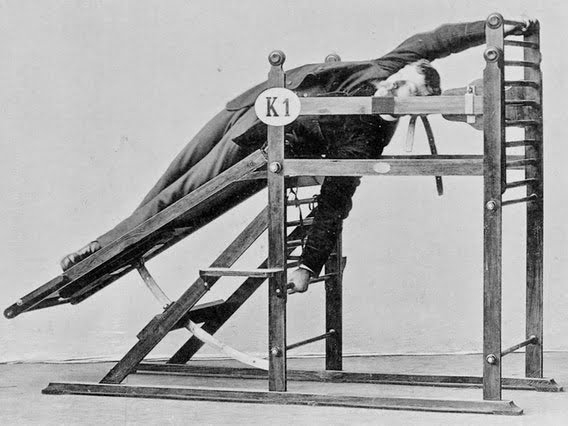 I thought my parents were having sex in their bedroom. I placed a pillow over my ear, hummed a Backstreet Boys’ song and envisioned flying monkeys from the Wizard of Oz or a tsunami wave toppling a house like matchsticks, and just waited for the slight booms to stop. I heard no voices, but the idea that someone was having sex was the only option because every thirty seconds the sliding windows of my room would budge—a timed pounding—and I wanted to believe it wasn’t my parents but that King Kong was miles away striding toward us. King Kong and flying monkeys weren’t real, but the idea my parents could be having sex in the next room was unfortunately quite possible.

When my mother opened my bedroom door and asked me if I was responsible for the house shaking, my initial hypothesis dissolved the way a spiderweb fissures with the help of a swaying hand.

Before she could answer, sleepy eyes widening and eyelashes still caked with a bit of mascara, she pointed to the roof and screamed: “Ahí están. ¡Ya los vi!”

Who she saw beyond the zinc roof baffled me, since I wasn’t aware she could see through walls. But it was enough that a few seconds later I caught a glimpse of my father in grey boxers running from their room. Gun in his hand. Black sneakers untied. So fast he seemed like a tanned ghost intent on chasing invisible ones.

He had a gun, but maybe the others my mom saw had one, too.

She shoved my brother and I into our Jack and Jill bathroom and made sure not to turn on the lights. We stood in pitch black, hugging each other and waiting to hear screams. I could no longer envision scenes from films or song clips to distract me—all I could hear was the steady flow of  blood in my neck. I couldn’t cry, but I waited for a man’s wail, or footsteps, or my father screaming that we were safe.

My uncle and his wife, Iris, lived in the other section of the house, just on the other side of the bathroom wall.

“Are you okay? We thought we were imagining things. Pedro took a gun too. They’re outside the gates now,” she spoke to us in whispers through the walls, the words quick, stumbling into each other like cartwheels. I envisioned her close to the window, her skin translucent under the shadow of the yard’s lights, trying to make out limbs and men.

We heard a gunshot. Just one.

A few seconds later Iris told us my father and his brother had returned, and we could leave our hiding places to meet them among the mango trees. My father had let out a warning shot into the night to frighten imaginary thieves, to show neighbors he had no qualms about shooting a gun. The ground still moved as if a tree fell every minute not a long ways away. When I reached our yard and looked beyond the gates, I noticed neighbors standing on their balconies as if ready to confront a villain. Lights were turned on, and people strode to the street corner as perplexed as we were with the bumps in the night. No one could discern what it was.

My father, still in his boxers, stomach bulging, his belly button deep enough to hold a peach pit, said: “I don’t know what the hell that is, but I hope it stops.”

Iris believed that maybe the apocalypse was here, and that this is how it started. We made fun of my mother and her ability to see through walls. My younger brother, eleven years old, stood in between my mother and one of the mango trees, waiting for permission to head back to sleep. My uncle wondered if someone had positioned a huge Sony boom box in the heart of our town, and that every few moments we could feel the thwacks from the bass.

“Tío, that’s ridiculous,” I said. “I for sure thought someone was having sex.”

“What do you think we are? Bulls?” my father placed a hand over his face, laughed so much his belly trembled, and then grabbed onto a tree so he wouldn’t lose his balance. How could I think something so mundane, so natural, could move the entire house? I avoided looking at my parents’ faces, but we all stood there, laughter comforting us amid the unknown.

As we made our way back to the house, my brother and I headed our parents’ room. The four of us had never slept together on the same bed, and the last time I spent a night with them was before I was a teenager, when I was sick and needed their closeness to comfort me. The idea of going to sleep alone that night—not understanding what was happening and why—made me wish that actual thieves had tried to make their way into our home. That would have been a reasonable explanation. A human one.

We lay on the bed, our eyes as awake as an owl’s, waiting for the adrenaline inside of us to dissipate and the ground’s rumble to stop terrifying us. We waited until the dark swapped into light. Until the vibrations became a memory.

While we prepared breakfast, friends of my parents called with the neighborhood report. A man stood on his laundry-lined rooftop to see if the culprit was a monster that resembled a giant serpent. Another placed a chair in his dining room, gripping a machete, waiting for what emerged from underground. He wanted to be ready, but his wife scoffed and went back to sleep. All around our town, people heard the thumps, and like us, found it menacing and waited to defend themselves.

But as the day continued, we learned that a volcano hundreds of miles away had erupted in the Andes, the western highlands. A tectonic plate that neighbored it, and that stretched all the way to us—Milagro, Ecuador—moved with every burst of magma that became lava.

It was just the land. The insides of the earth. Not a human explanation, but a scientific one.

Now that we were reassured, we spent the day pointing to ghost thieves, asking my uncle if he needed a new boom box, and comparing my dad to Rambo. My jaw hurt by the end of the day from the laughter. I went to sleep that night knowing that unlike the apocalypse, my parents doing it in the next room wouldn’t bring the house down around us.