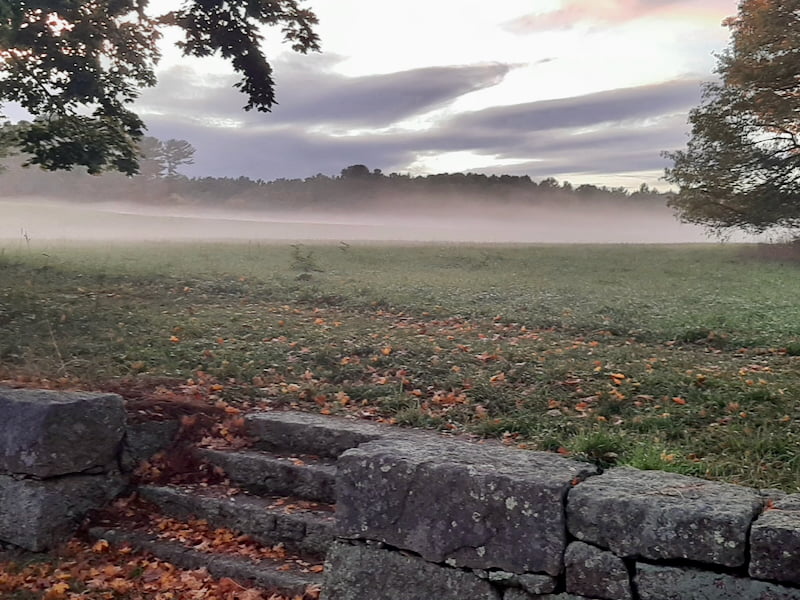 Some of the people and things I like a lot
Turkish rice puddings, trees, Manet, Seurat, cardigans, the coast of Ecuador, blue tits, headphones, Mary Pickford, station clocks, breakfast, Siberian tigers, the woman I am having an affair with.

Editorial greetings from the north and coming straight to the point. Here are the headings about books. Good if you can respond to most of them. Also I’m doing a piece on the subject of writers who share a name with another writer. Do you have any anecdotes about you and the other John Saul that you could share? And how are you getting on with the ten-points business? Remember?—Come up with ten points to send to someone you love. It’s a sort of exercise. To give you a guiding push when you’re trying to keep in touch with friends everywhere. Send them ten points.

Editors, editors. The book that made me cry. The book I’d never lend. The book this, the book that, and now an anecdote about sharing a name, what can I say? Listen, Joe. This is for you, editor Joe. The fiction I write and the fiction written by the US author John Saul, said to be resident in the Seattle area, could hardly be more different. This has most clearly emerged on the Internet, notably in reactions to my novel Seventeen. Some (mainly US) buyers seemed to have leapt in rapture at finding a hitherto undiscovered text by their hero, the US author, only to discover to their chagrin, not to say ire, that the tale before them was not at all about abducting children, skin burning or crushing some animal’s skull. When Seventeen was available online, reviewers gave it either five stars or one, never something inbetween. The one-star reviewers would trash my writing, either as being pretentious or on the lines of ‘not up to his usual’. Of course it wasn’t his at all. It didn’t seem to occur to any of these disappointed buyers (although they had at least donated to a good charity, which is where the sales income went) that there might be a reason behind this—another author having the same name. John Saul’s Words Make Readers’ Skin Crawl, as one magazine article was headed, gives an idea of what readers can expect—from the US author. Had prospective readers of Seventeen taken a few seconds to check, and seen that what was coming was to do with all the strangenesses that made up Britishness, they might have realised they’d be in for something quite different, indeed for someone quite different.

Occasionally, Joe, a photo of myself becomes attached to a book title of Seattle John Saul or vice versa. Careless website presenters (probably algorithms) have even allowed our photos to appear alongside each other, the images ludicrously purporting to be of the same person.

I’ve been surprised that no one has accused me of using his name. But no one has been that bothered.

The book I am currently reading
Empireland by Sathnam Sanghera. Another call to face the complexities of history and for stupid British myths to get stuffed. A welcome call, but how many calls do there have to be.

The last book that made me cry
(Scratches head.) Cry? Tearful? I get worried sometimes. Looking way back, to the days of the Famous Five, I didn’t worry for the children but I was terrified something would happen to their parrot.

The book that changed my mind
About what?

The ten points. This is where you come in, Michelle.

1  La télé existe, Michelle. There is after all the television. Ca c’est une découverte.

2  … La télé, chérie, j’avais toujours des problèmes avec. Always, problems with the telly. You say it helps to relax you. Quelque personnes aiment la télé parce que ça aide qu’ils peuvent se detendre. Relax, me? On the telly, there are all kinds of tricks going on, it’s a box of sad tricks. So there’s a resistance, une résistance!, a hump to get over before I can sit on the sofa for hours on end. But now, now I’m happy it’s there, some of the time.

3  … The idea of these numbers is to find ten points, Michelle, as a way to say things, now that our lives are porridge. One thing I can say: I love you. Studies say love, friendship, are likely to fall apart without contact, but this is not going to happen with us. I will be there for you always, wherever there is. I miss you, so much.

The last book that made me laugh
Erasure by Percival Everett. The bit with the parrot—hilarious. And for laughs Samuel Beckett never fails. Whole books of his amuse. He too saw a goldmine in parrots. His parrot Polly got ejected from a funeral because it swore.

I must have parrots on my mind.

The most underrated book
There are so many. News from the Empire by Fernando del Paso is one—another empire from the one in Empireland but with the same cruelties, inanities, denials of what happens when you have an empire. Benefits by Zoe Fairbairns. Dag Solstad: Novel 11, Book 18. Almost everything by António Lobo Antunes and Laszlo Krasznahorkai—now that I’m asked—the two truly majestic fiction writers still alive. Another male and Irish author wrote the quite splendid The engine of owl-light—only to go and discount its merits, saying he thought only three people could have bought copies of it. I’m one. And if I can flit about, and why not, everything can be edited out can’t it, I mean the actor Toby Jones acted in that film Notting Hill and he got edited out altogether. So Krasznahorkai I can mention again because he made me laugh too, no I can’t remember which book, but he had a woman fight for her place on a crowded train and I almost expected her to have a parrot in her basket but well, she didn’t. She just sat, finally, a picture of indignance, so pissed off (or pissed, as North Americans say) about people fighting for a seat, people like her, what was wrong with them.

The most overrated
There are so many. Some authors are really a load of old Bolaño. I am waiting, still waiting, employing enormous patience, for a certain acclaimed unnamed male practitioner to write a properly good novel. His short fiction was wonderful.

The book I’m ashamed not to have read
Michelle, to quote your old monk Rabelais, still not dead after five hundred years: Fais ce que voudras—Do what you want. Go for it guys. Ashamed? Of what?

7  … I’ll tell you about this perroquet, Michelle. I heard this from Percival Everett, so you won’t have heard it—his books don’t get around much, they are the opposite of the virus, which drops in everywhere, anywhere there’s air and people. The virus, cackling occasionally at the human antics, the silly little arguments, the scuffles about it.

9. The people of the house arrive home, consternated. The front door is down, smashed. A body lies sprawled on top of it. One boot has come off.