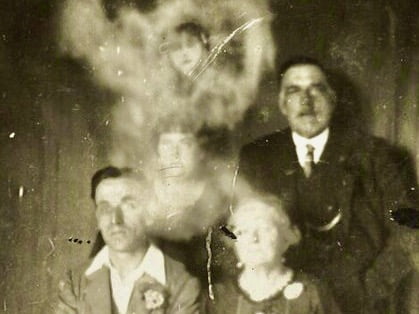 It is not always unpleasant to remember a corpse.

My grandfather on my mother’s side was named William Preston Carmines, Jr. Friends called him Pete. I called him Papa. He was born in 1919. He died in his sleep on his 62nd birthday in 1981. I was ten at the time of his death. It was the first devastation I experienced in life, the first time I knew existence was temporary, even though I vaguely believed then in the conventional idea of a Protestant Christian afterlife, believed we all reunited as our conscious selves in eternity with the ones we love, sort of like in a vacation home rental somewhere.

My grandfather’s dead body was the first I had studied up close (I had briefly seen a man dead from a heart attack on a neighborhood sidewalk and the fatal aftermath of a motorcycle accident as a younger boy; later in life I would see the dead bodies of my two grandmothers and a close friend; and I would also watch, as if in a dream, as my father and mother-in-law took their last rattling breaths after years-long battles with cancer). I dwelled over Papa’s open casket at his wake, the way he was dressed for church, and volcanically wept, which I remember now as an internal pressure escaping like steam from a kettle, until someone—who?—escorted me into the hallway where I quieted down. And I also vividly remember, shaded certainly with imagination, his peculiarly staged pose and his waxy face, which was slightly caved in around his mouth because of his missing top teeth. He had worn yellowed dentures in life that he often popped out and in as comic shtick, which I’m told I found riotously funny as an infant.

My Papa served in the Navy during WWII. He was on a ship in the Pacific and as far as I know was only ever on the periphery of battles. My mother was conceived while he was on leave and born while he was deployed. When my Papa returned from the war, my mother, a toddler in 1945, waddled to a closet and hid among the coats and cried. They were both scared. They were both, in a way, new human beings. The war altered my Papa, but it almost never showed in his outward life. He became a pipe-fitter and welder for NASA in Hampton, Virginia, in the 1960s, and before that…I realize just now I actually don’t know what he did, but probably other construction and maintenance work, skills he had learned as a boy and honed in the Navy.

My mother and grandfather had the usual tensions during her girlhood and teenage years. He was very protective by nature, and the war had made him even more so, since he had seen how easy death came for a person, and not just death from war wounds but also from engine-room fires, body parts pulled off by suctioning machines, slips that led to drownings in a ruffled black ocean. But they were close once she was an adult. Papa used to call my father, before he was my father, “that boy from Phoebus,” a sort of joke-insult, Phoebus being a poor section of the city of Hampton. My mother’s family was working class—a pipe fitter and a waitress (two jobs that together produced livable wages and reasonable comfort in midcentury America)—but they existed in aspirational proximity of middle-class life and were fully capable of mingling among the better-off at places like church. My father’s family, also working class, was always one setback from poverty and there was alcoholism and mental instability among his parents. I don’t think my father’s father was much of a father to him at all—a damaged person, preoccupied with his own failures and sins, mysterious in his motives and unreliable, at least from my father’s perspective (I never knew him). My father and my Papa eventually became close and I think fell in love with one another as two men in need of the kind of companionship and support they could reciprocate. I remember how they talked about yards and tools and sports, how easy they were together. “Heeeeey, Mr. Pete,” my dad would say, entering my grandparents’ house. “R.B.!” my Papa would croon back. “What’s the word? What’s the word?” In these ritualized exchanges was such immense affection and connection. They were not like father and son, but rather the best of friends.

After the war, my Papa occasionally had what I heard referred to as a boy as “bouts”—that’s it, just bouts. He was funny and charming in front of me, a comedian, but my mother has told me he was often nervous, deeply anxious about even short travels to see family in eastern North Carolina and leaving home for any extended period of time, and sometimes he would become “under the weather” and have to go to bed until he felt better, which might be a day or more. My grandmother, his wife, was a no-nonsense and tireless worker raised on a farm and she had little patience for these episodes that required he be alone in a quiet room, though she obviously cherished him. This was, of course, well before a biochemical pathologizing of emotional states was a common framework for understanding human despair. Since mental illness and mental health were not concepts well understood or part of polite conversations—especially among the working class, for whom being debilitated by a troubled mind was a mark of shameful weakness or a figment of the sufferer’s imagination—these so-called bouts were kept secret and rare enough not to disrupt the family or his work, at least as far as I know. Sometimes he would just feel down, I think, and the feeling would spiral into a jittery, hyper-self-conscious misery, and he’d be “beside himself, right peculiar” and need to lie down for the day in a dark silence until it passed. By the time I was back around, he was the comedian again, in-and-outing his dentures like a cartoon character, excited to see my dad so they could talk tools and yards, so they could put words in the air and commune and bond around them, just be together.

It is easy and obvious to see cultural differences when comparing distinct eras in human history. For instance, our hyper-mediated consumer logic and longing and celebrity culture and commodity identification would make no sense to a person from, say, the American frontier of the 1800s. The idea that everything is part of religious life and God is the air we breathe is foreign and disorienting to most of us, even if religious, in ways that it was not in, say, France in the 1500s. But how we now express emotion, how we share our interiors and shames and pains and medical conditions and prescriptions and phobias, all through a digitized existence and curated and covertly monetized social lives online would have been no less foreign to my Papa in the 1970s than America in the 1800s or Europe in the 1500s would have been. In fact, he might have been more at ease in those eras than in our own technological hall of mirrors, where artificial intelligence and machine learning and algorithms aimed amorally at the production of capital would have tracked him for his political attitudes, his age, his education level, his entertainment preferences, his health, relentlessly recommending the products and values and attitudes his data showed to be his potential future needs and likes. I can’t imagine him talking about his feelings, his memories of the war, his bouts. I try to envision him telling my father he was feeling down. I try to imagine him admitting to some kind of emotional or psychological disequilibrium, to the tremulous edges of a rising and falling war-caused PTSD. But it seems impossible. So private, shameful, unmanly. All I hear is: “I’m fine,” “I’m alright,” and talk of the weather.

My father woke me up one summer morning when I was ten. He sat on the edge of my bed and placed his hand on my shoulder. He kept his hand there as I tried to orient myself out of sleep. Then, with little affect, he told me that Papa had felt down the evening before, at his favorite restaurant for his birthday, a cheap buffet that catered to an older crowd of black and white Southern couples, and then he had gone home and to sleep and died during the night, probably from a heart attack, but no one was absolutely sure yet. I don’t remember what I did. That’s all a blank. But I remember my father rubbing my back one last time, standing up to walk into the hall, and letting go an animal noise of pain before he could get out of earshot. Later that morning I found him in a pantry off the kitchen with his left cheek resting on top of a running clothes dryer, his arms on either side of his head, his hands tightly grasping the control panel, the rumbling machine amplifying his low sobbing.

My father missed his father-in-law, my Papa, every day for the next twelve years, until he himself died from lung cancer after a year of pain and rapid physical and mental deterioration in 1993. I was twenty-two when my father died. I’ve thought of him quite a lot—not every day, but most days—for almost three decades now. The image of him with his head resting on the clothes dryer on a summer morning has stuck with me all this time, I know, because of its context of death and loss and sorrow, because it is one in my list of life’s small traumas. But meaning and emotion transform under the pressure of time and memory. I now remember aspects of that moment in the laundry room some days—the tight domestic space, the rumble of machinery, the vibrating sound of my father’s lamentations—and then the rest of these details begin to reform into one more version of this story.