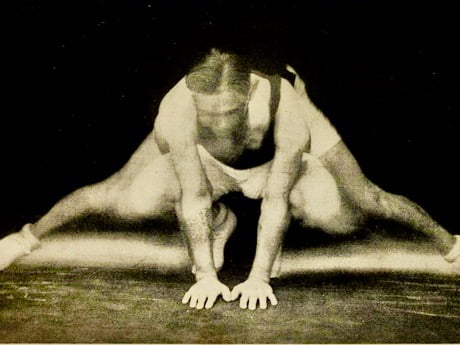 Four years into our marriage, I discovered that my husband was having an affair. There had been signs—nights when he’d come home late, smelling unfamiliar, mumbling about traffic on the freeway—but those had been easy to ignore. And if you think you wouldn’t ignore them too, consider all the daily disturbances you shuttle to the storage closet of your mind: the leftover bolt after the furniture has been assembled, the faint rattle in the ceiling that you tell yourself is air circulating through the vents.

After he and I split, I went on a few dates set up by well-meaning friends. It would be good for me, they said, to get a taste of what else was out there. It couldn’t hurt to make conversation, enjoy a plummy glass of cabernet, spend the night beside a warm body.

The first man brought me to an Italian restaurant downtown. He was an actor. When I asked after his projects, he enumerated a list of black-box productions he’d starred in across the city, each a twist on classical Shakespeare: Midsummer set on Mars, a Steampunk version of Romeo and Juliet in which he played Friar Lawrence, complete with a studded leather tunic.

The second man was more attractive than the first. He had a strong jawline which is something I’ve come to appreciate in members of the opposite sex. He spent much of dinner lamenting the state of the world for men, who he felt were being unconstitutionally persecuted by power-grabbing women. But tell me, he said, leaning over the small votive candle at the table’s center until his chin coppered, aren’t the women who clamor their way to the top simply conforming to the very system of patriarchy they claim to detest?

I missed my husband, who worked in stocks. He could be fastidious about the most mundane things—his boxers, for instance, which he insisted on stowing in a separate drawer from his socks. Nothing tickled him more than a good repartee. This had made me uneasy at first. I was young and sheltered enough to believe everything in my life could exist in a constant state of equilibrium. But once I realized his raillery was meant to engage rather than offend, I found I had a knack for quarrelling, too. We argued about everything from the plots of soapy television shows to the proper consistency of a canapé.

But tell me, he said, leaning over the small votive candle at the table’s center until his chin coppered, aren’t the women who clamor their way to the top simply conforming to the very system of patriarchy they claim to detest?  Click To Tweet

He and I went on one final vacation after I discovered his affair. Our reconciliation trip, we called it. We drove to the coast of Maine, where we’d always wanted to go, passing lighthouses and swatches of blue ocean knifed by wind. We had taken several trips over the course of our marriage, mostly to faraway destinations: Spain, California, Costa Rica. We said we were saving the nearby places—New Hampshire, Delaware, Maine—for when we were elderly and could no longer fly.

On the car ride there, I felt very far away from him. It was as if we’d agreed to meet in the parking lot of a mall, not realizing this mall had multiple parking lots, with multiple levels to each, and we were now stranded on opposite sides of a massive complex that we could not breach. I had sacrificed everything for this man, had always deferred to his tastes when choosing which radio station to play, what cuisine to take out. Now it was his turn.

“Thanks for doing this,” he said stiffly, as if I were accompanying him on an errand to the supermarket. I reached out and touched his arm. Our movements felt strained, uncanny. I was aware of each one and believed he must be too, in the same way an actor knows a camera is tracking them.

We pulled up to the house. On the website, its exterior had looked robin’s-egg blue, though the color in person was more of an alluvial green, like something regurgitated. White shutters framed the windows. Cedar shingles. Ungroomed hedges. The owner had left the key beneath a terracotta planter. I imagined for a moment we were a couple who did this often, escaped the city for a weekend getaway, content to be with each other for two days without a single distraction. Or maybe we’d never lived in the city at all. Maybe we were one of those couples who wears overalls unironically and keeps an assortment of farm animals in the back yard. Might we have been happy then?

The bedroom was situated at the rear of the house. Had we taken this trip four years ago, my husband would’ve instantly thrown me down onto the mattress and made love to me. He stroked the edge of the tufted bedspread, as if he were petting a dog. “Seems comfortable,” he said.

I gave him a demure smile, then slid open the porch door. The sky was cloudless and taut. Birds were chirping. My husband moved behind me, casting my body into shadow. He began to cry. It was an unsettling sound, like hearing a snake in the brush. The trees stopped swishing; the birds stalled. The entire world lay hushed, awaiting my response. Up until then, my husband had not cried. Even when I’d confronted him about the affair, he’d remained stoic. (“I assumed you knew,” he said. “You’re a smart woman.”)

We stumbled to the bed. I felt my body keeling over, buckling beneath the weight of everything that no longer existed, the cathedral of promise that had burned to the ground. My husband had saddled me, our marriage, with this weight, then walked away. And now he was Orpheus, glancing back when he wasn’t supposed to. I touched his cheek. He turned to kiss my fingers.

That night we watched a movie on the couch. It was about an astronaut who gets lost on an interstellar mission. At one point, she accidentally starts a fire in the orbital space station. The flames break away from themselves and float around the module like citrine jewels. My husband reached out and looped an arm over my shoulders. We held each other the way people do when something is dying. It occurred to me that what was dying was us, or was at least between us, and that we were mourning it together.

We decided to return to the city the following afternoon, though we had rented the house for the entire weekend. “I’m going to stay with a friend for a few nights,” my husband said.

Which friend? I wanted to ask. I knew most of his friends. I had met them at parties, dinners, events. I ferreted my memory for every time in recent months he’d claimed to be consorting with this acquaintance or that. All those business meetings, those barbecue nights, had he been with her instead?

We held each other the way people do when something is dying. It occurred to me that what was dying was us, or was at least between us, and that we were mourning it together. Click To Tweet

“I’ll move my stuff out by the end of next week,” he said.

“Don’t forget Cheryl is coming for dinner on Wednesday,” I told him before he left, setting a bagful of groceries beside his briefcase so he wouldn’t go hungry. I didn’t know what else there was.

I felt cheated. Not cheated on but cheated out of. If I’d had the chance, I could’ve worked my charms, been more alluring. This was what I kept thinking—that the other woman had the advantage; she had mystique in her favor. My husband didn’t see her during the hours of the day when she was slathering on moisturizer, washing the dishes, shaving her legs. Being a person is rarely sexy.

After he went, I sat down in the middle of the kitchen floor. It occurred to me I’d never sat there before, except for one week prior. I’d thrown a glass at my husband that narrowly missed his head. He offered to clean it up, but I said it was my mess. To prove a point, I got down on my hands and knees and picked up the shards without so much as a pair of rubber gloves.

I was wearing a skirt now, and the cold tile radiated all the way up my thighs. I felt impossibly small, almost invisible, outside of life itself. No one could see me. The neighbors who peered into the windows wouldn’t realize I was here. Maybe you’ve felt this way, too.

I hadn’t yet told anyone about the separation. Not even my mother, who’d never trusted my husband. There hadn’t been the words. Or maybe there had been too many words, and I hadn’t known which to choose. I pushed them to the side, the way a person pushes to the back of their closet a pretty jacket they purchase impulsively, with no occasion to wear it. My life, I thought, you are exquisite. I am wearing you, and it is a beautiful spring day, and I do not know where to go.