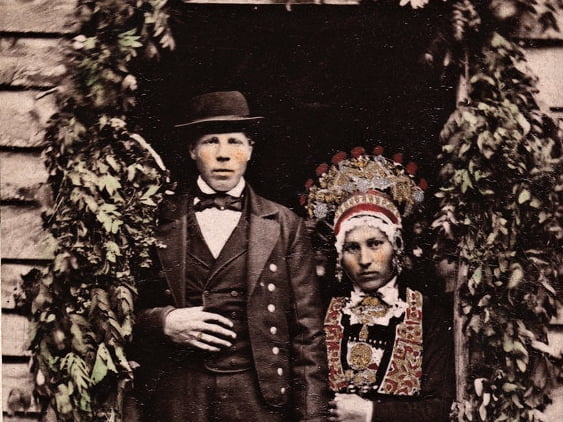 We awake and the sun is on us and our arms are not around each other. There’s a field. The high grass is dry, dying. My hands are earth-stained. The wind—absent. The land lacks cattle, gnats, birdsong.

Where are we? he asks, though his lips do not move.

My hand is over my eyes. I spot a wire fence in the distance, and beyond it, a hedge of leafless trees. The fence curves around the horizon—north, east, south. To the west of us, there’s a slight hill. The sky is empty.

How did we get here? he asks, though his mouth does not open.

It is unexceptional, this countryside. My palms are on the ground. I am trying to steady myself.

What? he says. When he speaks, his voice echoes.

There is no sound.

Before we woke here, Jonathan had been on the Pacific Coast Trail. I had asked to go with him, but he told me he needed to do it alone, going on and on about growing into himself, wanting to fully become the man he was meant to be so that he could do right by me, and I had told him he was everything, yet my protests did not matter.

At least let me go with you, I had said.

You cannot know what it means to love you, he’d said, and he pulled me into his arms and his hands were warm and swallowed my waist and I grew soft and sleepy and he kissed the crown of my head.

The night before he left, his mother texted me.

I stayed by the phone, tried to distract myself with work and writing and the TV. He had just proposed a few months ago, at sunset on a mountain. The ring palladium, blue-stoned, too large for my finger, but I put a bit of tape around the band. I rubbed the ring like a rosary.

He’d trained for a couple of weeks, going on long climbs in the morning and the evening. His gear looked professional, expensive, never really broken in.

We stretch our legs, our arms. We wander towards the fence some yards out. But when we are within a few feet of it, we cannot near it. We are no closer to it, no matter how much we walk. The land seems to stretch and contract, like water finding a shape. Or a rubber band, a snake that coils, strikes.

Jonathan narrows his eyes. He tries to run towards the fence. He gains a few feet, and then the fence moves away from us. Or we move away from it.

Are we on drugs? he says.

No. Are we asleep? he says.

How do I do that? he says. Come here. Hold my mouth shut.

Just do it, he says.

He sucks in air, and I hold my palm over him. The seconds slow, and then he struggles away from me, wheezing.

We need to wake up, he says.

He gasps for breath.

Should we try the other direction? I say.

He puts his palm on the small of my back.

This time the horizon allows us to come closer to it, and the hill reveals its slight incline, dotted with white flowers and dandelions.

I’ve failed you, he says.

What do you mean? I say.

The whole point of that hike was to make sure I knew how to be strong for you. Now we’re stuck in whatever this.

We are tired, and we fall back asleep in the weeds, though I do not dream.

The sun won’t set here. When we wake, we’re hot to the touch.

We travel about a mile until we spot a cliff, and beyond it—nothing but sky. The cliff reaches as far as we can see, from east to west. In both directions, the fence meets the edge.

We build a bridge, he says.

There is no other side to build to, I say. Of course he knows this. I try to say it kindly.

He says, Remember that first weekend I slept over? We stayed in bed, ate ice cream. Your cat wasn’t sure about things. In the morning when I woke up, he was sitting on my chest, watching me.

I kiss his forehead.

We could just jump off the cliff and see what happens, he says, his smile strained.

What if we close our eyes? he says.

Maybe another day, I say.

There are no days here, he says.

Why do you think we’re here? he asks.

I’m not sure if he expects an answer. I don’t give him one.

Maybe it’s my fault, he says.

What do you mean? I say.

I did something, maybe, he says.

I don’t know. I was on the trail. It had been three days. You know this. Then I went into the trees to change my clothes. They had gotten damp. They were uncomfortable. I left my pack next to the trail. I was trying to be decent.

He sighs, rubs his eyes.

I looked up and a moose was staring at me, he says. It frightened me, it was so huge. When it turned and left, I finally relaxed. I hadn’t realized I had stopped breathing. I tried to find the trail again, I guess I got turned around, got lost. The forest was so dense, and my compass wouldn’t work. I didn’t know it could swallow you like that.

Then what happened? he says.

I had been lying on the couch, writing a story in my notebook. I had set the scene. A field. A fence. A cliff. Then the phone rang. When I answered, the policewoman told me another hiker had spotted an orange backpack in the woods. Inside was Jonathan’s ID. The hiker called for him, and waited, but he never appeared.

Have you heard from Jonathan? the policewoman said.

He called me two days ago, I said. But not since.

We are opening a missing person’s report on him, she said.

I would love to see a pigeon. Just a single spider. Or a small, pathetic cloud. To feel a breeze. To have the choice, if I desired, to plummet.

Help me dig, he says.

We can try to dig ourselves out of here, he says.

We only have our hands, I say.

The soil is soft. Help me, he says.

The first layer of dirt, giving easily, is not unlike powder. Then there is grit, which cuts into our skin. Our knuckles turn red, bloody. Then we feel a hard surface, unforgiving.

What is that? Rock? Jonathan says.

I spit into the hole, wash off the dirt. We hit thick glass. It has a gentle arch, like a large fish bowl.

We look down together, our heads touching.

I see myself beneath us. I am lying on my couch. My eyes are closed. Across my chest is an open notebook. The pen has fallen to the floor.

Wake up, I say to the body of me that sleeps. I pound on the glass.

What is this? Is that really you? Jonathan says.

Wake up, I say again.

I look peaceful there. My cat walks through the room. Overhead, the sun stays steady in her place. The earth does not move.